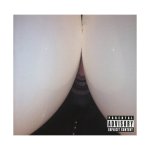 Death Grips makes challenging music. They don’t pander, they don’t attempt to “go big,” or conform to the hip-hop landscape that, by now, they’ve helped to create. Death Grips simply continues to be itself, its manic, brainmelting insanity of a self. Bottomless Pit opens with a moment that implies perhaps the band is actually going a bit mainstream, as Cherry Glazerr’s Clementine Creevy sings “I keep giving bad people good ideas,” but after a few seconds the mystery fades, and Death Grips unleashes some of their fastest, heaviest, and most raucous riffs to date.

The trend continues on “Hot Head,” one of the least accessible pieces of music in recent memory, as the song wades in a swamp of psychotic “blehs” and “blohs” and “hot heads,” before settling into something that actually sounds like music. By the time the fifth track, “Eh” comes around, a reprieve from the chaos is desperately needed. Thankfully “Eh” is one of Death Grips’ best songs, acting as the eye of storm in the hurricane that is Bottomless Pit. MC Ride sounds downright apoplectic about the perceived “eh” culture in which he lives. The song’s chorus engages with both entitlement and apathy as Ride lazily states “who you think you are / fucks like to ‘you know who I am?’ / fucks fail to understand / I’m like… ‘eh’”

The album’s title track is one of the most “songlike” pieces of music Death Grips has ever produced, appropriately ending what is easily their best album in years. – IP 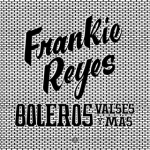 I heard about this album on NPR while driving home, and for some reason it wormed its way inside my brain. I’m not very familiar with valses nor boleros (neither Cuban or Spanish), traditional song styles that are popular in Cuba, Puerto Rico, and Latin America, and I’m not up on the specs of the Oberheim synth, but the two together and Reyes make for wonderfully weird music.

Most people will come up with amusing ways to describe what this album sounds like, and that’s half of the fun. It wouldn’t sound out of place in a Nintendo game, probably a level with ghosts, maybe a dungeon, or a desert Mario Kart track. I like to say it could be the soundtrack to a dystopian spaghetti western, or if Lydia from Beetlejuice had a quinciñera and you were invited to a party at the model graveyard.

There are two key things I think most listeners will pick up on. The first: this album kind of blends altogether. The singular Oberheim synth, without any spontaneous improv, can be fairly called uninteresting, at least from a listening perspective. However, it’s got a thirty minute run time, which is just too short to get mad at. The second undeniable truth of the record is: there is a spooky or morose quality everyone will pick up on, and that’s what makes it interesting outside of listening to it.

Reyes’s experiment is this beautiful Frankenstein-style exercise, where modern technology resurrects music from the past. Though they have specific cultural context to Latin America, when played on the Oberheim, I think they become more interesting to a wider group of people. That could be because of how popular synths are in pop music, or because of how it sounds like awesome video game music. Either way there is something relatable to its sound, and maybe it’s because there’s a sense of loss. Qualities of the original song are lost through modernity of the instrument, and though what’s replaced is new and exciting, Reyes manages to acknowledge a sense of longing for the past without saying a single word. – tyrannofloresrex 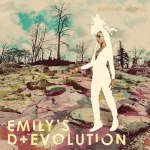 Esperanza Spalding was a new find for me this year. Regrettably I had not heard any of her music before and stumbled upon Emily’s D+Evolution after a recommendation from a friend. What a damn good friend. Loved this album; love her. It was different. Different as a jazz album, but also different than anything she has produced in the past. I am unsure where this change comes from, but I like it and want more of it. – LDG 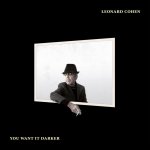 37. Leonard Cohen – You Want It Darker

Cohen’s music has always been about saying goodbye and I think that’s why it has resonated with so many people. On his final album, his strange dark love comes through in a really beautiful way with him at the top of his game. It doesn’t feel like a painful celebration but, rather, a truthful one that reminds you of why Cohen was so important. – MeanOldPig

36. Music by The Blasting Company/Various Artists – Over the Garden Wall Original Soundtrack

In a year that had a bunch of hit soundtracks like Stranger Things, Hamilton, and Moana, it may seem odd that one from a 2013 Cartoon Network mini-series should make this list. While I don’t think you have to watch the show to appreciate the music (I hope the exact opposite, actually), it is easy to dismiss this collection of songs without knowing a bit about the show. Over the Garden Wall is a coming-of-age story made better than average by the design and direction of Adventure Time alum, Patrick McHale. It follows two brothers, Wirt and Greg, who we find wandering the murky, whimsical forests of the Unknown, which let’s just say is like purgatory styled in 19th century Americana. Its surrounding and characters have a kind of “red schoolhouse” warmth to them, existing in a pre-industrial countryside. The imagery draws inspiration from Edgar Allen Poe, Mark Twain, The Wind in the Willows, Beatrix Potter, and Arthur Lobel’s Frog and Toad, too. The boys are lost and trying to find their way home, and on their journey they encounter quirky characters who each offer up some moral, abstractly veiled under cartoon humor.

All songs are written and arranged by the Blasting Company, a group dedicated to 19th century music, with a penchant for a Baltic sound like Beirut. They may be known for their classic style, but songs like “Tiny Star” and “Patient Is the Night,” sung by Chris Isaak, shows the group has a range of songwriting talent. The soundtrack draws directly from musical elements of golden age cartoons like Disney’s Silly Symphonies and the Warner Bros’ Merry Melodies. It roots around in Dixieland, rag, jazz, and even American opera, and  many guests lend their talents throughout the album. jazz crooner Jack Jones and opera baritone Samuel Ramey are plucked from obscurity, while McHale himself lends vocals to the angsty, glam ballad “The Fight Is Over.”

Though the songwriting demonstrates a range of genres, there are songs that just don’t work outside of the show. Collin Dean’s voice is perfect as the young boy, Greg, but hearing him sing without the soundtrack can be grating. However, even as a fan, I think some of the more kiddy moments are charming and really fun, like Janet Klein’s verses on “Langtree’s Lament.”

These songs don’t fit in comfortably with the usual pop music this list celebrates, but it’s such a wonderfully odd piece of work, steeped in French horn, fiddles and piano, but also filled with moments of surprise. It’s comfort music, full of sounds that evoke a gilded age we’ve seen growing up watching Disney classics, that exists in a time and place we all remember, but never really happened. – tyrannofloresrex 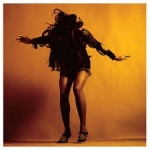 35. The Last Shadow Puppets – Everything You’ve Come To Expect

Fourteen years in to his music career, Alex Turner is still busy as ever. On top of the five studio albums he’s done with the Arctic Monkeys, he has a film soundtrack and now two albums under side project The Last Shadow Puppets just in that time frame. Never one to be pigeonholed, the Puppets side project has been a way from Turner to work out different song writing muscles that the Monkeys’ sound would likely never allow him to. On Everything You’ve Come To Expect, the lactic acid has worn off and the exercises come a bit easier to him, showcasing some of his best songs to date. – hltchk 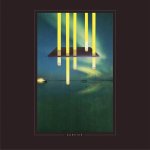 RR7349 is late night driving music. It creates an atmosphere of tension and uncertainty, yet it has a certain serenity to it as well. The album suggests an unmade film it might accompany, which perhaps would feature a mysterious muscle car cruising down an empty midnight highway. With one’s hands behind the wheel, RR7349 acts as a soundtrack to the experience. Its thick synthesizers squelch and wail along, each song sounding similarly eerie, each one only slightly different from the last.

S U R V I V E makes simple music, but music with a specific application, ameliorated while driving down a lonely road in the middle of the night, allowing the listener to drift into a more cinematic state of mind, turning his or her mundane commute into something more experiential. – IP 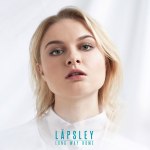 I heard Låpsley through a random Spotify playlist one day and was drawn to her velvety voice. A month later her album Long Way Home was sent to me as part of my Vinyl Me Please subscription. I loved it. After seeing her live I learned that every voice on the album is hers and was even more impressed by this 19 year old singer. This album may be all about a breakup, but it leaves me dancing around the house yelling at the top of my lungs. – LDG 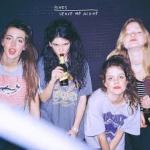 Those two ladies from Madrid whose “Trippy Gum” made its way onto every other playlist I made in the summer of 2014 (back when they were known as Deers) became a four-piece a year later, and then opened twenty-sixteen with this record, their outstanding debut LP. There’s a wild, carefree zest to their brand of jangly lo-fi rock n’ roll that reminds me of Love Is All. – MMDG

On Potential, The Range displays a knack for creating uplifting, bright, and deceptively simple IDM. By taking all of the album’s vocal samples directly from YouTube, James Hinton shows that scavenging can be just as valuable as intentional composition. Potential acts almost like a collage, allowing the found vocals to determine the direction of a song, while delicate IDM beats and fluttering keys float around behind them. Nothing that The Range does is particularly new, but that’s what’s so impressive about Potential. It shows that by doing what has been done before in IDM, but doing it extremely well, an album can feel fresh, bringing life to a genre that is just now catching up to where Aphex Twin was when he started 25 years ago.

The name Potential implies that the scavenged samples The Range uses have more to them then what might be obvious. The first song features an aspiring British rapper speaking about where fans can find his other videos, but when set to The Range’s music the tone becomes much more uplifting, so that when he says “all the places where you can catch me,” it sounds less like a man trying to collect more hits on his YouTube page and more like someone asking to be sought, pleading to be found in the vast, noisy chaos of the Internet. On the album’s standout track, “No Loss,” The Range goes all in on the soothing hums and filtered breakbeats teased earlier. When the sputtering drums finally hit it feels like Potential has justified its name. Few musical moments in 2016 are as satisfying as the climax of “No Loss,” and few albums are so aptly named or so enlivening. – IP