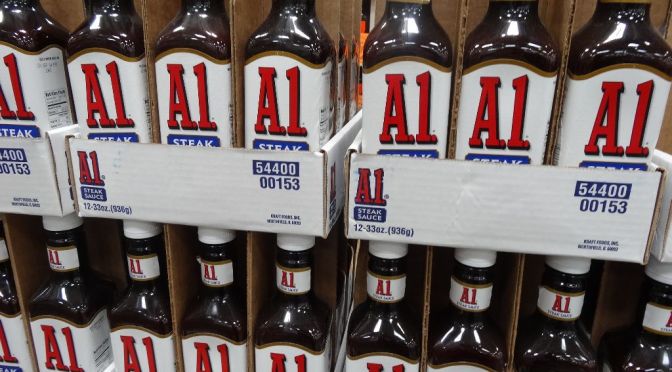 A1. Side one, track one. How do you put your best foot forward?

I’ve been harboring a personal fascination with opening tracks for a while now, so when I saw that this Playlist By Committee theme was still up for grabs, I had to take it.

This was a tough playlist for us to come up with, as there are enough glaring omissions to create multiple volumes of Best Opening Track playlists. Our thought process behind building this was what opening track does the best job at making you want to keep listening to the rest of the album. These nineteen tracks all do fantastic jobs at opening the door to their respective albums, ushering you in to whole new worlds with plenty to explore.

Even before this mix got started, I knew this would be my number one pick. I was threatening any other PBC member who voted it down. Then the unthinkable happened and I knew it had to be here. The iconic opening shot of Purple Rain with Prince giving a EULOGY TO LIFE with his back turned shrouded in smoke is forever burned into everyone’s mind. With that it turns into the greatest “fuck it, I am partying until I die” song. – BC

In high school, this was the funkiest modern song. Midnite Vultures to me is the album you put on at a party and have everyone get drunk and weird. Everyone yelling “They’re not afraid to cry” is beautiful. – BC

Bowie’s sudden passing earlier this year made everyone a little more conscious not just of the man, but his impact on modern music and culture as well. Hunky Dory is certainly one of his more beloved albums, but by re-defining himself and his music so many times during a brilliant career, “Changes” has become, arguably, David Bowie’s signature song. And as we “turn and face the strange” of a musical landscape suddenly missing one of its principal architects, we can reflect on the fact that, while it may be good, change tends to hurt as well. – MMDG

Dreamy intro; the best way to wake up and get shit done on a Sunday. It’s weird because it’s not an accurate reflection of the album in how polished it is, but it doesn’t matter. The musical diversity on the album is what makes it timeless. – BC

You may be sad and you may be searching, but if you follow this song’s mandate, know that you will find what you need. Anchored by Dan Whitford’s crooning, this track is a monument of production, with so many sounds and melodies building up and breaking off each other that you could stand still and marvel at them, if you weren’t so busy dancing. – RF

6.  The Avalanches – Since I Left You

One of my all-time favorite tracks period, the Avalanches’ opening title track to their only studio album is a stunning collage of sounds that ushers you in to a beautiful new world. It’s a song you could almost imagine Walt Disney listening to while he constructed Disneyland. Since I Left You takes you on an incredible ride, and this song is the fast pass.  – MH

Few songs have been written about more, so acknowledging that I have nothing new to add to the discussion I will simply say one thing. This song makes me feel happy to have an uncertain future. Highway 61 Revisited is a statement and this song is the capital letter at the start of the first word. – IP

While I knew this wouldn’t get to be the unanimous bonus song, it was “Rock N Roll Star” that I felt was the team captain of this playlist. This song is basically the equivalent of calling your own shot from full court, except in Oasis’ case, they called their career with making this track the opener to now-legendary 90’s rock album Definitely, Maybe. – MH

Doolittle is an album that kicks you in the gut and then stomps over you for the length of it. Debaser is the perfect intro to this madness. Black Francis’ laugh, Kim’s iconic bass intro, Buñuel/Dalí art film references, and yes even Purple Rain. Once you listen, you are hooked. – BC

Apologies to Modest Mouse and Death Cab, but The White Stripes were the band that took the indie rock buzz of the early aughts and tore through the mainstream, helping redefine popular music in the new millennium. And they did it by resurrecting everything from Blind Willie Johnson to AC/DC. First White Blood Cells was ticketed for a major label re-release. And then… Elephant. I remember when this single came out, a few weeks ahead of the album: MI and I were at work, and we heard it for the first time, together. Our eyes widened, and we just looked at each other as that now-ubiquitous bassline thumped out of his bookcase speakers. The album claimed the top spot in our first collaborative year-end Top 20 list. A few years later, I was in Rome with RF, DH, and IP a scant few weeks after Italy won the World Cup. Italians had co-opted that opening riff into a celebratory chant that, to this day, fills stadium crowds around the world. I feel like I witnessed history, twice, with this recording. – MMDG

11. Radiohead – Everything In Its Right Place

There were no lead singles pre-dating the release of 2000’s Kid A, the highly anticipated follow-up to 1997’s OK Computer. And, in fact, no singles period. When this album came out, we had no idea what to expect, and yet it still caught us all off-guard. Somewhere amid the meteoric rise to fame that accompanied the success of Computer (check out the documentary Meeting People Is Easy to see just how well Yorke and the Oxford Angels handled the pain and anguish of popularity) Radiohead seemingly hit upon a moment of clarity. As the Rolling Stone cover story at the time boldly proclaimed: to save themselves, they had to destroy rock and roll. The opening shot is a mind-opening orchestral wave that breaks into the most arresting, mind-blowing record the 21st century could have wrought. And what an incredible, insidious track to legitimize this new era of computer-driven, guitar-less music. – MMDG

Perhaps Joy Division’s only truly upbeat song that was ever put on an album. “Disorder” paints a picture of Ian Curtis as someone hoping to saved by someone else. Knowing Joy Division though, the song is more complex than it might at first appear. Pay attention to the rhythm section throughout Unknown Pleasures to experience how the gang that would become New Order began flirting with the sound that would largely inform that band’s debut album. Curtis’ cries of “I’m losing feeling” as the song closes are some of the most haunting vocals in the entire punk realm. – IP

It’s been twenty-one years since “Leave Home” was released on The Chemical Brothers debut album Exit Planet Dust. I think it’s safe to say that the brother’s “worked it out.” – MH

I drafted two songs and two artists died in the past month. I am scared. A Tribe Called Quest has always been one of the smartest bands in the room. This track shows where they really stepped up their game on the second album. Q Tip hits you hard and let’s you know they are the best and you damn well believe it. Great beats, great flow, and great all around. – BC

From the first whining synth notes this song evokes the sense of rising from a place of lowliness. Hounds of Love is an uplifting album, so it naturally needed to start at the lowest point. The drums march on, the violence of Kate Bush’s lyrics, the passion grabs hold of the listener. This is how to open an album. – IP

This might be the original, “time is a flat circle,” the universe a complete circuit where everything begins where it ends, including this song. Not only is this the opener to a superb record, it’s the opening track to my whole journey into music. Isaac Brock, always confessing, stifling frustration, delivering something earnest, opened me up to the whole world of music beyond the dial. For me, the opening notes of “3rd Planet” is the sound of discovery. – RF

In 1978, between their seminal self-titled debut and The Greatest Album of All Time, The Clash released the vastly overlooked and underrated Give ‘Em Enough Rope. “European Home” isn’t just a blazing guitar-driven album opener, though. Fresh back from a trip to Jamaica, one of the defining events that came to shape the band’s sound in the years to come, Mick & Joe were reacting to the chaos and anxiety they felt as two of the only white faces in Kingston. But this album is punk political manifesto at its most brilliant. “Safe European Home” quickly gives way to the howling march of “English Civil War.” Welcome back to England, you fucks. Rage on.

What a rock star thing to do to complain about getting laid. It would be a bullshit sentiment if Rivers Cuomo’s wasn’t so convincing. There’s an ebb and flow to the song; Rivers’ sulk-singing verses, trying to stay restrained before he and the rest of the band unleash on the refrain. It’s loud, it’s angsty, it’s raw garage rock. It’s what’s missing from new Weezer. – RF

Fewer opening seconds of any song gets more people to the dance floor than “One More Time.” As the opener to one of the greatest pop albums of the last 20 years, this might have been the most obvious bonus song we have or will ever pick. – MH