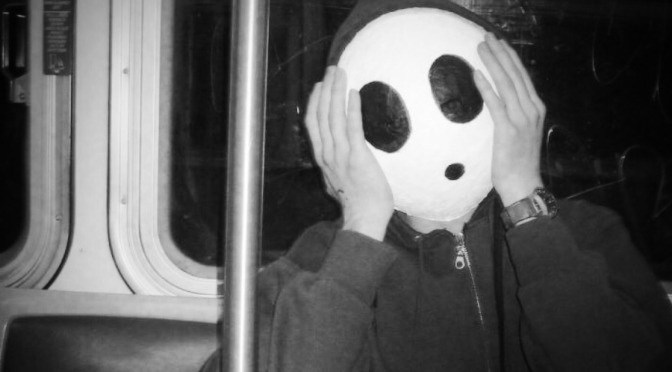 Although many of the albums in my dad’s record collection had a marked influence on the music I gravitated towards later in life, and a good portion of those LPs now live in my house, without a doubt the record that spent the most time spinning on my bedroom turntable was an anthology of spooky sound effects entitled Halloween Horrors. Part of the reason, I’m sure, is that he bought it for some Halloween party in the late 70’s, my mom hated it, and, as with Playboys, fake insects, and poker chips, if I hadn’t squirreled it away in my closet, it would have ended up in the trash.

And while the neighbor kids and myself would look forward to our favorite sound effect (for me, that was the foghorn/storm at sea sequence), the real highlight of this record was the introductory story. The fifteen-minute “Story of Halloween Horror” is burned into my memory to this day. On windy October nights, when the fog rolls uphill, swallowing up streetlights and transforming them into shimmery, luminescent specters on every corner, I can clearly hear that mournful hush of “my baby… have you seen my baby…”

Also, October makes me want to play this:

This month’s Hi-Fi Fifteen is a collection of songs about fiends and villains, both mythical and terrifyingly real. Vampires, ghosts, boogeymen, and stranglers… things that go bump in the night and lycanthropes that boldly traipse the streets of Soho looking for good chow mein.

4. “Wicked Anabella” – The Kinks
from The Kinks Are the Village Green Preservation Society (1968)

14. “Werewolves of London” – Warren Zevon
released as a single (1978) and included later that year on Excitable Boy

Hi-Fi Fifteen is a callback to the “5 in 5” playlist game that MMDG, holybee, and djlazybear used to play on their lunchbreak. They’re all in different professions now, and don’t even live in the same counties, but quickly throwing together playlists on rotating themes is still fun as hell.

And, if you’ve never heard Steven’s stormy night drive to Elm Hall… That’s what the Internet’s for…