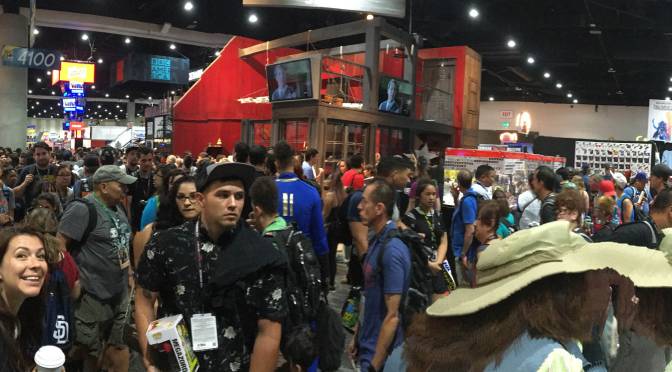 The 49th San Diego Comic Con starts in a few days, so I felt that it was a good time for my first column. Here are my Top 10 picks for toy exclusives offered as part of this year’s con. I used a number of factors in determining my rankings: resale value and opportunity; scarcity; and, simply, just how cool the toy looks. 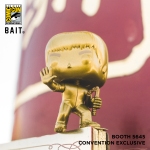 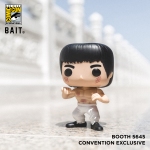 #10
Funko Pop Movie Bruce Lee Gold and White Pants (BAIT)
Both of these Funko Pops are from the movie Enter the Dragon and retail for $30. They are currently reselling on eBay between $60 and $75 each. These are not SDCC exclusives, however; in fact, the Gold Bruce Lee was sold two weeks ago at Anime Expo. These make the list because it’s Bruce Lee. The only Lee that would be more valuable, at Comic Con, would be Stan. 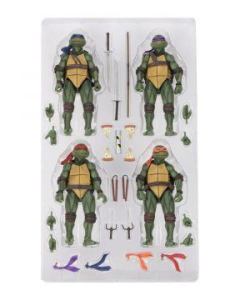 1990 Movie Teenage Mutant Ninja Turtles Figure Set (NECA)
Once again NECA is delivering your favorite heroes in a half shell. The boxed set retails at $125, or $250 if you want the Movie Street Diorama. This seems unnecessary though — I mean an extra $125 for a piece of cardboard? Blah. This set is currently reselling on eBay for $220 – $240.

#8
S.H. Figuarts Broly (Bandai Tamashii Nations)
At only $75, this DBZ figure is a little more expensive then the other two DBZ figures being offered at the Con, however, the extra investment is worth it. Currently reselling on eBay at $160, this figure will be in high demand. and who doesn’t want Broly striking the Heisman., 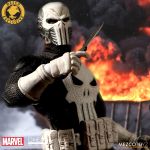 #7
Punisher Special Ops Edition (Mezco)
Exact justice on those who wronged you with this 1:12-scale collectible that comes with three separate head portraits, eight interchangeable hands, a duty belt with knife sheath and an arsenal of weaponry for the low price of $85. This toy is currently reselling for over $200. And did I mention he comes with three separate heads?

#6
Timeless Legends Magic: The Gathering Planeswalker Set featuring Gideon Jura, Jace Beleren, Liliana Vess, Chandra Nalaar and Nissa Revane (Hasbro)
As always, this set is offered at the Hasbro Booth for $99, however, this will be the first year that Hasbro is partaking in the online lottery for exclusives. If you don’t have a ticket yet, you are out of luck. This set is currently reselling between $240 and $260. Why are these selling so high? Because these beauties are designed by Terese Nielsen, enough said. 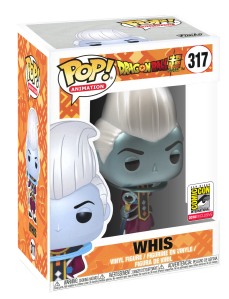 #5
Funko POP Metallic Whis (Funimation)
Whis is selling at the Funimation booth for $20 and will be a strict limit of 3 per badge. Not per day, but per badge. That in itself should tell you something. Two years ago, Funimation sold a Metallic Beerus and it’s currently valued at $220. Whis is selling that high, but it is currently re-selling for around $110. Part of the hype is the thought that this pop will approach Metallic Beerus Grail status. Metallic pops just seem to look better then regular pops.

#4
Shopkins Shoppies Doll Peppa Mint and Chip Choc Double Scoop Delight Two Piece Figure Set
Like other Shopkins from past San Diego Comic Cons, this item is reselling on eBay for between $175 – $200, and at only $39.99, this piece has moneymaker written all over it. This toy is individually numbered, but in order to land this item, you not only need to win the UCC lottery, but you will need an early time slot as well. The only reason why these are not higher on my list, is that these figures look like they are about to head to a rave in the Gingerbread House. 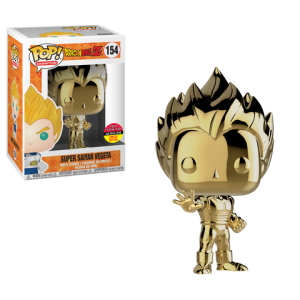 #3
Funko Pop Golden Super Saiyan Vegeta (Funko)
This is the first year that Funko has gone to an online lottery system for access to their booth, and like always, the majority of them become shared exclusives which you can get at various chain stores like Hot Topic, Barnes & Nobles and Box Lunch. But the Golden Vegeta will only be accessible via the Funko Booth (unless you have an internet bot that is compatible with Toy Tokyo). Why is this #3 on the list? Because it is currently trending on eBay for over $400.

#2
Funko Pop Conan O’Brien Ant-Man (Funko)
Every year, Conan tapes four shows at Comic Con where he gives out a limited edition Conan Pop dressed as a certain character and this year is no different. The best of this year has to be, hands-down, the Conan O’Brien Ant-Man. Why is this so hot? Well, you get two figures, a regular size Conan Ant-Man and a mini Conan Ant-Man for FREE. This figure is currently listed at $250, but will probably settle down around $125 when all is said and done. 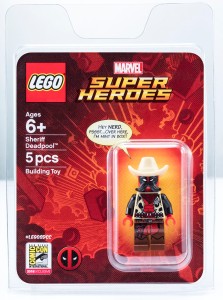 #1
Sheriff Deadpool Minifig (LEGO)
Why is this #1? First of all, this minifig is free. Yes, this will cost you nothing. But how much is this selling for? Well, currently, this figure has sold for as high as $275 on eBay. That’s right, $275. Like the rest of the top four, you need to win the LEGO lottery in order to get this rare piece. Finally, who doesn’t love Deadpool with a mustache as a LEGO Minifig?

autumnstoyz is one of the owners and operators of CMToyz, an online toy and collectible reseller. His schedule for SDCC 2018 entails: get in line, buy toys, rinse & repeat.