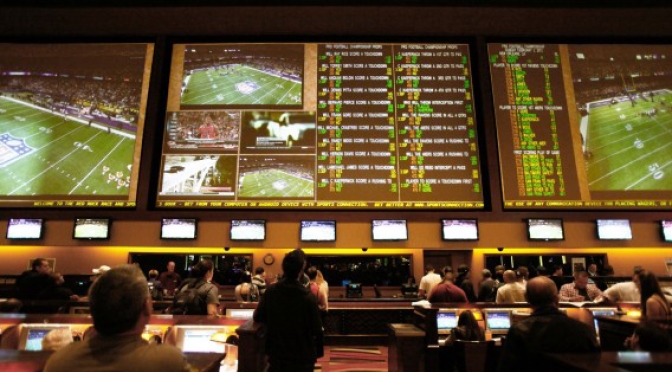 Super Bowl Sunday is upon us, and chances are, whether you’re interested in the pageantry, the commercials, or maybe even the actual sporting event, you’re going to be tuning in at some point. And if you live in the Bay Area, like many of us, you have been blown away by the sheer volume of money and commerce associated with this championship game.

And that’s just the tip of the iceberg. One news source cites an estimated $4.2 billion dollars to be spent on Super Bowl bets this year. When you think about the amount of money that changes hands in the name of the National Football League on this day alone, the chaos and grandeur of Super Bowl City and the Super Bowl Experience starts to make a little more sense.

So get in on the action.

Even if you’re not betting on the actual outcome of the game, Super Bowl parties around the country are typically staging grounds for a near limitless stable of prop bets, ranging from the interesting to the ridiculous. A proposition, or “prop” bet, is a sidebet dealing with an event, in this case the Super Bowl, that has no actual bearing on the outcome. And they’re incredibly popular. In fact, Forbes reports that the money wagered on prop bets now surpasses the money wagered on the actual game.

Bet on what color of Gatorade will be doused on the winning coach. Which animal will show up in a commercial first — cat, horse, or dog. How many times a broadcaster will reference a particular topic. The length of the National Anthem. The list goes on and on. SBNation has a list of all the “official” prop bets seeing action on online gambling sites. Sports Illustrated’s Andy Benoit has comments on some of the crazier options, all of which are living room nickel-bet friendly.

Don’t stop there with the gambling and hijinks. Next-level Super Sunday entertainment is taking form in Prop Pets.

Every mid-level manager and his boring family are joking about the length of the national anthem or how many times Peyton will say “Nebraska” or something; smirking like they came up with the joke themselves. Don’t stoop to that level without vaulting into a higher plane of enjoyment.  Prop Pets – where you try and avoid hitting your prop bet,  thereby becoming the pet for everyone to order around.

It’s really a win-win for the whole living room crew. The pet has to run for beers, prepare snack plates, and answer the door when the pizza guy arrives. [BTW – there are several new app-based services that will combine these and deliver booze to your door.] It’s  a win for the loser as well because sometimes you just need alone time with your snack table.

Yeah, you might be a Bronco fan or think Cam is awesome and want to watch, but make lemonade, my friend and dig into that smorgasbord while you have exclusive access. No more awkward chip-dipping hesitation while you and another guy dive for the same bowl. And if you’re granted the go-ahead there’s the inevitable quick scrape out of gratitude. No one wants a quick scrape. Each person has subconsciously determined the maximum loading of every brand of chip and have a consistent goal of maxing that out every time. You can only break the chains of pet-dom if another prop bet is hit and you can hand over the collar, so try and space them out.

Give it a whirl, experiment with different collars, take pics. And treat your pets with respect. Keep the doggie bowl filled with imported beer, and praise him when he’s been a good boy. Gooooooo………. Not-Patriots!!!

Major League Baseball
– MMDG
If you follow MLB even a little bit, you know about Yoenis Cespedes, the Cuban slugger who, after a late-season trade with Detroit last season, powered the Mets to a World Series appearance and worked himself into the MVP conversation with a crazy August. If you follow MLB somewhat more closely, you’ll also know that Yoenis filled up the dead air of offseason baseball with bottom-line updates, At Bat alerts, and endless Twitter hashtags, all concerned with one question: where was the free agent going to sign for 2016? 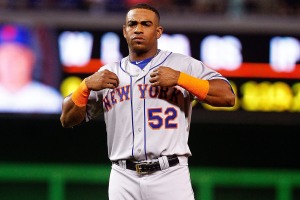 Spoiler alert. He re-signed with the Mets.

Now, if you follow MLB really closely, you would have also noticed another interesting little baseball transaction this offseason. The Los Angeles Dodgers signed pitching prospect Yasiel Sierra a few weeks ago. What does this have to do with Cespedes? Yasiel, like Yoenis, hails from Cuba, and is the latest in a stream of tantalizing prospects from that once-shrouded-in-mystery-and-suspicion hotbed of baseball prowess. In fact, the recent shift in foreign policy with our island neighbor is one of the big reasons Major League Baseball has been scrambling to address rules and guidelines for signing international players.

Also, Yasiel, like Yoenis, has a weird name* that starts with “Y.”

And they’re not the only ones. Of the forty Cubans currently on MLB rosters, a fourth of them have names that start with the 25th letter of the alphabet. In fact, the Dodgers have another guy named Yasiel, the pain-in-the-ass Cuban hothead who is currently (and probably forevermore) the subject of trade rumors and clubhouse controversy.

*at the risk of seeming ethnocentric, all those y-names are peculiar given the fact that they rarely show up in any other Latin American countries. The U.S. has welcomed many outstanding Latin American players for generations now, but the MLB igriega-influx is brand-new.

The answer seems to stem from the Cold War era when Cuba, heavily influenced by U.S.S.R. financing and politics, came under the influence of Russian-sounding names as well. Fidel Castro’s revolution extended beyond rejections of religious tradition and anything remotely American. With Soviet names like Yevgeny and Yuri sounding so damn cool, it was time to create new identities. This gave birth to what one Cuban blogger has christened “Generation Y,” a trend still evident in the preponderance of ballplayers sporting names like Yasmani, Yuniesky, and Yonder.

If this news story is any indication, however, the trend may be finally dying off. Makes sense, too, since a three-year, $75 million contract makes capitalism sound way more appealing than communism.

This month, one Idler and SoCal-transplant went on assignment to experience, firsthand, the energy and intensity that is the NBA in Los Angeles. Check out RF’s trip to Staples Center and LA Live here. And maybe one day he’ll try to put his love for Blake Griffin into words that people can understand.

Jamie Vardy’s goal against Liverpool on February 2. Look at this shit, because it’s an absolutely ridiculous goal and a Best of the Year candidate.