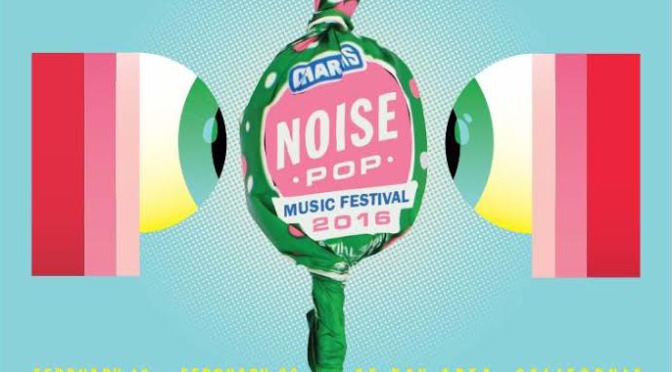 It’s Noise Pop week here in the Bay Area, so our February edition of Tunes of the Month highlight acts you can find performing at various venues in SF and Oakland. Be sure to check out the full schedule here.

I miss The Walkmen. Like a lot. But original members Hamilton Leithauser and Paul Maroon are still cranking out quality music while their main band is hopefully just in cryostasis. “Immediately Alone” is the first track these two have put out that absolutely soars in the same way many of the best Walkmen tracks have. Leithauser’s pipes are an American treasure.

Vince Staples – “Jump Off The Roof”

If Vince Staples rap career wasn’t already taking off with his fantastic 2015 mixtape Summertime ’06, he could probably make it in comedy just as easily (if you haven’t seen his interviews where he critiques individual NBA player’s fashion, do that now). He’ll be at the newly opened Social Hall SF this Friday.

K Dub (he’d probably hate that if it ever catches on) added an additional show at the Independent this week and I STILL couldn’t get tickets! Jazz could be making a big comeback and Washington is a big reason why.

Seattle beatsmith, Sango provides us some easy listening with “Agorinha” from his 2015 release Da Rocinha 3. Be sure to check him out at 1015 Folsom on 2/26.

One of my new favorite acts, Astronauts, Etc. are throwing down some dead sexy tunes right now, and “Shake It Loose” off of their recently released album Mind Out Wandering is no exception.

And because I’m sucker for good covers, check out this collaboration with Toro Y Moi, as they take on Elton’s immortal “Rocket Man,” doing it sweet, sweet justice.