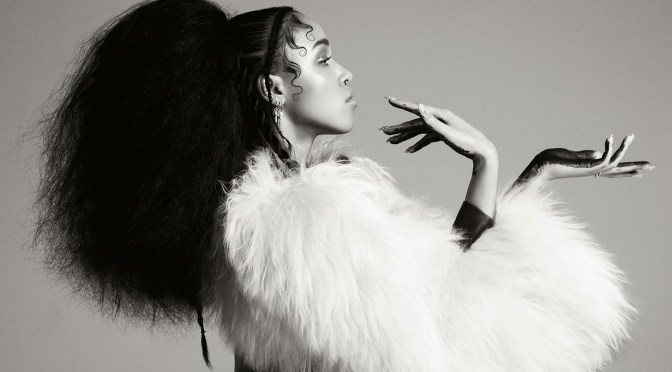 The first half of 2016 is over. The semiannual cycle of list making begins again. The best albums so far, the best films, the best video games. Often overlooked though are singles that aren’t included on albums, or singles that have been released to support albums coming later in the year. This list recognizes those songs in no particular order.

“Good to Love” by FKA twigs

The singer formerly known as “twigs” stuns with another emotive, minimalist ballad. “Good to Love” features the least accompaniment FKA twigs has ever used, but when the full arrangement swells toward the end of the song she creates one of her most powerful music moments, as a high pitched synth voice bends upward to ecstasy.

CC Dust is a bit mysterious. With only 5 songs to her name and little in the way of a biography, she lets her music speak for itself. Sad, hopeful, fuzzy, squelchy, “Never Going to Die” is all of these things without ever deviating from the sound established in the song’s opening seconds. For fans of Q Lazarus, New Order, and Nico.

Angel Olsen is carving out a healthy swath of territory in David Lynch’s surreal forest. Her pained voice finally has some synth behind it on “Intern” and the result is something sensuous, a reverie overdose that, when paired with the video, lulls the listener into a daze they’ll wish lasts longer than a mere 2 minutes.

There is so much music that sounds just like Alex Lahey right now. That’s not at all a bad thing, in fact it’s a great thing, because the garage-pop sound has plenty of room to grow. “You Don’t Think You Like People Like Me” pushes the genre to a dreamier place, a push that pays off in full when the deep-fuzz of the band’s rhythm section brings the much needed intensity and raucous energy all good garage-pop exudes.

Few videos fit their music quite as perfectly as this video for “Randomness” by Alaskan singer and producer Olga Bell. Though her style uses sounds closely tied to an older style of house music, her production keeps the song sounding fresh. There has been a recent surge of deep house artists reaching back for their sound vocabulary. Disclosure and AlunaGeorge have new company in Olga Bell.

“Creation” by Beyond the Wizards Sleeve

Beyond the Wizards Sleeve have built an incredible mystique since quietly releasing 4 EPs almost 10 years ago. When 2008’s compilation album Ark1 caught the attention of a wider audience BtWS began remixing higher profile artists like Franz Ferdinand. Their most recent release was a restructuring of psych-rock band Temple’s debut album Sun Structures aptly titled Sun Restructured. The band’s recent announcement of a debut album was met with skepticism, which was promptly turned to excitement when “Creation” showed that BtWS was more than capable of creating compelling original music, albeit very different sounding from their earlier material.

Meme culture reached new heights in the beginning of 2016. “Alaska” illustrated just how quickly someone’s life can be completely changed by chance. When Pharrell’s stunned reaction to hearing a demo of “Alaska” became a meme it could easily have meant Maggie Rogers’ career would be a footnote in pop culture. Instead the finished mix of the song stands as a turnaround for Rogers, who now has a legitimate following and cultural interest outside of her meme involvement. The music itself is warmly electronic, with beautifully layered harmonies and a charming rhythm. No wonder it caught on.

“I Am A Nightmare” by Brand New

Brand New have kept fans waiting 7 years for new material. Last year’s “Mene” was met with mixed reactions, which will likely be the case with their newest single “I Am A Nightmare.” The song finds Brand New sounding like they did almost 13 years ago, but with an age and maturity to bring new substance to their older style. Brand New moved away from their simpler pop-punk leaning style as time went on. Fans who miss that face of the band should enjoy this latest song, which is promised as the lead single off a forthcoming album, here’s hoping a high school favorite can deliver after a nearly a decade off.

“Glowed Up” by Kaytranada

Kaytranada is a double threat. He can produce beats that sound forward thinking. He can produce beats that look to the past for inspiration. He can meet the demands of a dozen different rapper’s styles, so when his debut album was announced the community waited to see what the man would do under his own name. The answer is a whole hell of a lot. “Glowed Up’s” home, the album 99% is out. So why is the song on this list? The song features a drastic tonal shift halfway through. The synths, the drums, even Anderson .Paak’s voice lighten up. The music video, directed by Bo Mirosseni, mirrors that change by shifting colors from purple to turquoise. Seeing that shift unfold onscreen is a reminder that “Glowed Up” is a very atypical single. It’s five minutes long, doesn’t feature a lot of rapping, and leans heavily on the good energy of it’s chorus, but it makes for a lovely video. Kaytranada is changing what it means for a song to be a single, to get a video, it doesn’t need to have a big hook or a killer feature, not that Anderson .Paak isn’t a great rapper, but he isn’t a selling point like Drake or many of the others rappers Kaytranada has produced for. A great song for a music video just needs to have a visual idea to exploit.

Whitney is the latest “beardy” band to hit it big in the culture of stoner forest rock. Like those that came before their sound is pleasant and sunny, low stakes and high fuzz. Whitney keeps things simple though, allowing their catchy songs the room they need to dig into the listener’s brain for a long stay. The video for “Golden Days” uses a fun conceit to show a variety of people at a woodsy music venue. They aren’t revolutionizing anything, but Whitney (whose album is out already) along with directors Josiah Marshall and Frank Frankowski, should get credit for an innovative video as well as a lovely song.

“WHAT THE FUCK RIGHT NOW” by Tyler, The Creator

Tyler, The Creator is the only rapper who says “Goober.” He uses the beat from Kanye West’s “Freestyle 4” to go harder than he has since “Yonkers.” A$AP Rocky joins the rest of the OFWGKTA crew to weird out behind Tyler in this bonkers video that slaps its dick in the face of all other “inside the studio” music videos, which have always been seen as a lazy bastardization of the genre to begin with. This song isn’t a single in the traditional sense, as this very video is the only way to hear it (without doing some work of your own). Another fresh concept for a music video courtesy of a veteran of the form.