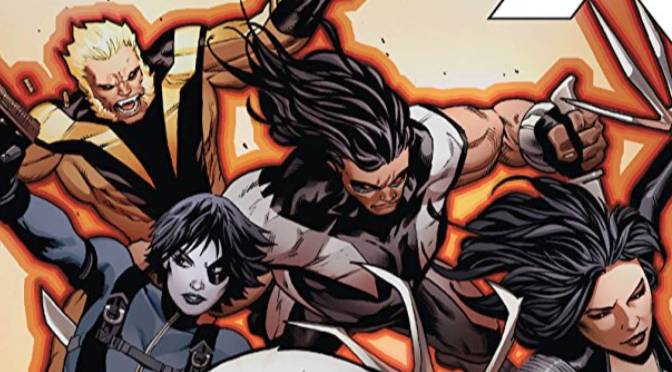 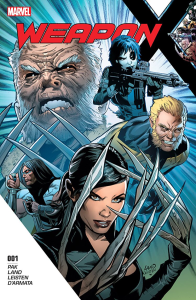 Being a part of these Marvel continuity projects can be both fun and challenging at the same time. Serving as the very part-time comics reader of the group, I sometimes get overwhelmed by the intersecting storylines and character arcs of heroes and villains I don’t know much about. X-Men though? X-Men I can handle.

While I’m pretty familiar with most of the original characters (like the rest of the group, I loved Blue and Gold), I was most excited to read some of these X-books that I was less familiar with, and Weapon X by Greg Pak and Greg Land turned out to be one the best.

With the first issue, Pak does a great job establishing Old Man Logan as the crux of this future mutant death squad being assembled by the Weapon X project. I have to commend Pak for the fact that, for my own sake (and sanity), he doesn’t seem to let Logan’s past and time-traveling get in the way of the story; he’s more concerned with moving things forward.

Things start out a little slowly in the first issue, but it picks up with the introduction of Sabretooth, who begrudgingly teams up with Logan as the two of them become the trickier mutants for Weapon X to capture. Lady Deathstrike and Warpath might not be as lucky evading the killer robots sent after them, but with Domino’s luck powers coming in handy, Logan and Sabretooth are able to track her down and take care of her adamantium pursuers in the third issue (with a bazooka no less!) With three-fifths of the team still being hunted, their accommodations awaiting them under the biofacility roof of Weapon X, Pak saves a pretty giant (and green) teaser for the end of issue three that should keep anyone reading the series.