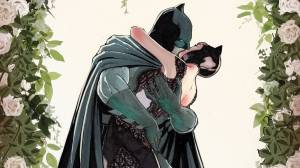 As part of the July 3rd celebration and midnight release for Captain America #1, Catwoman #1, and Batman #50, featuring the purported nuptials of Bruce Wayne and Selina Kyle, we hosted a special trivia night at Mission: Comics and Art.

Congratulations to the Anagraminals for becoming the first repeat champions, taking home a full set of the nine variant covers to Captain America #1 along with $50 in store merchandise. And special recognition to Hsiangrila for finishing second as a solo player!

Now for a chance to test your knowledge. Partly for posterity, and partly to avoid doing a new comics post this week, here’s the quiz in its entirety. Lots of questions on Captain America and Batman, of course.

Question #1
Batman #50 isn’t the only super-wedding issue this summer. Which two characters got married in last month’s X-Men Gold #30?

Question #3
Since 1997, the Ignatz Awards have been conferred at the Small Press Expo. The name is derived from a character from what seminal comic stip by George Herriman?

Question #4
What political movement is mocked in a protest scene from Captain America #602 (2010), causing a page to be edited before publication in the trade paperback collection?

Question #5
In which comic series did Judge Dredd make his first appearance?

Question #6
The Manhattan neighborhood of Harlem is a focal part of Netflix’s Luke Cage series. Harlem gets its name from the city of Haarlem in what country?

Question #8
The great Harvey Kurtzman’s first work for EC comics was an educational pamphlet entitled “Lucky Fights It Through,” intended to spread awareness and treatment options for what disease?

Question #9
Before turning to a career in writing in 2012, current Batman writer Tom King spent seven years working for what government agency?

Question #10
The first name of new Captain America writer, Ta-Nehisi Coates, is derived from the ancient Egyptian word for a person from what Nile River region?

Question #11
Created by Mike Mignola, the first adventures of Hellboy were scripted by Mignola’s fellow Dark Horse Comics creator, and the character’s first full color appearance came in an issue of this creator’s Next Men series. Name the creator.

Question #12
The cover of this 1966 issue of TV Guide, heralding the premiere of the Adam West Batman series, was designed by which highly regarded pop artist?

Question #13
Sam Wilson is the secret identity of which comic book character?

Question #14
DC’s Paradox Press imprint, established in 1993 to publish graphic novels that didn’t fit the superhero model or the sci-fi/fantasy direction of Vertigo, produced two books that were later adapted into successful films. Name one of them.

Question #15
The Comic Code Authority seal on the cover of Jim Starlin’s Strange Tales #179 was doctored to read what?

Question #16
Widely regarded as the first “Elseworlds” book, Augustyn and Mignola’s Gotham by Gaslight features Batman in pursuit of what villain?

Question #17
Which of the following items has Batman never pulled out of his famous utility belt:
a) a complete Superman costume
b) a miniature Geiger counter
c) crayons
d) shark repellent spray

Question #18
Hergé, the creator of The Adventures of Tintin, hailed from which country?

Question #19
Actress Alfre Woodard plays two different characters in Marvel’s Cinematic Universe. She is Mariah Dillard in Netflix’s Luke Cage series, and she has a small part in which MCU movie? 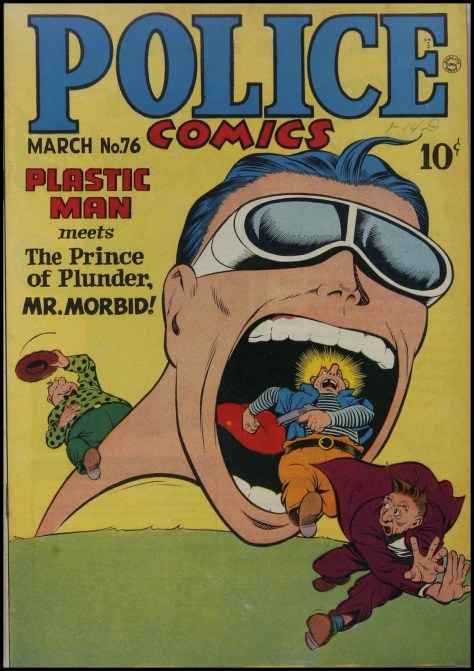 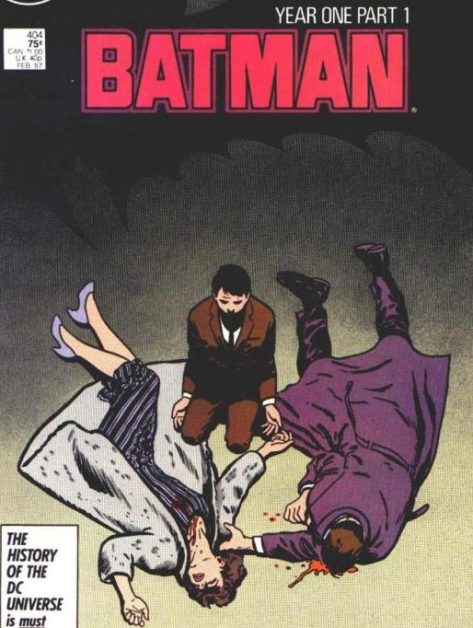 This copy of Detective Comics #27 — the first appearance of Batman — became the third most expensive comic ever sold when it was auctioned off in 2010. What was the purchase price?

Stay tuned for an announcement for our fifth Trivia Night, likely in the month of August.