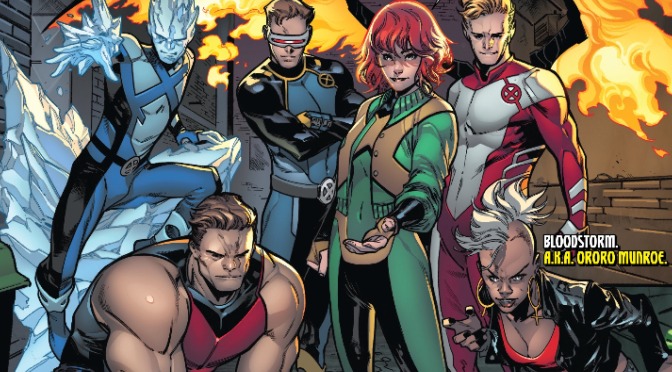 Oh, baby X-Men, we hardly knew ye. Since the time-displaced original five debuted in 2012 as part of Brian Michael Bendis’s mutant master plan, many of us have been more or less waiting for the eventual reversal — whatever method of time-traveling chicanery would be necessary to send them back to their proper when and clear the decks once again. The plot development that brought the young X-Men into the present-day Marvel universe seemed, from the outset, to be very temporary. Have kid Cyclops show crazy old Cyclops that he was acting a right dick, and move on. Send the younguns home. Instead, these “All-New X-Men” settled in for a spell and opened new doors (closet doors among them) all over the mansion.

Angel got fire wings, and Beast took up dark magic. Iceman came out as gay, and Jean Grey came into a heretofore unappreciated personality. Cyclops rejected his destined psychosis, kicking it with the Champions and the Starjammers when he wasn’t neurotically whining all over Westchester. Along the way, this new “Blue” team picked up a few more strays and even started training under one-time arch-nemesis Magneto.

So, are these kids really sticking around?

X-Men: Extinction #1, by Ed Brisson and Pepe Larraz, is this year’s mini mutant event and, as Brisson mentions in his afterword, this event is “largely about cleaning house.” But he goes on to assure us dear readers that, even once they resolve the young X-Men storyline, the last few years of continuity will still matter. 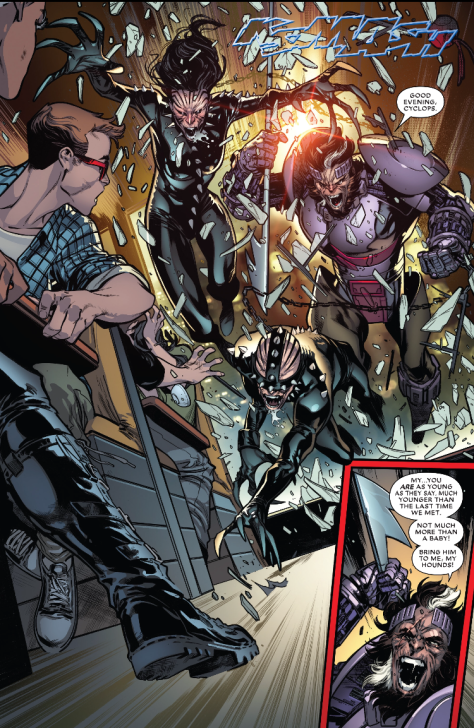 In recent months, epilogue pages in the X-books have hinted at a “futures past” scenario coming into play. And, as we’ve seen in recent issues of Gold, Rachel Summers has been dealing with her own set of disturbing flashes back (forward?) to those days when she was a captive “hound” hunting down fellow mutants. In this first issue, the time-displaced young X-Men crash directly into the time-twisted Ahab & his hounds, promising a thoroughly convoluted, albeit entertaining, sendoff series.