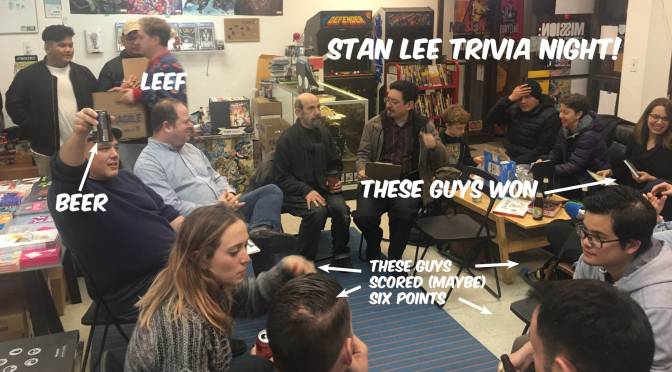 It was standing room only last night at Mission: Comics as our humble little evening of trivia and frivolity paid tribute to Stan Lee. It was nice having license to embrace my Marvel bias; forcing in DC questions to create the appearance of an impartial quizmaster becomes wearisome.

But last last night everyone was a winner! Every team went home with prizes, from almost $150 in store merchandise, black-banded Stan Lee tribute comics (not distributed until midnight; we know the rules), and toys from our friends at Super7, including the new Planet of the Apes playset, figures, Mega Man M.U.S.C.L.E. blister packs, and a gift certificate to their 16th Street store.

Now for a chance to test your knowledge. Here’s the quiz in its entirety. Do it without Google, true believer! ‘Nuff said!

Question #1 – Easy Opener
Stan Lee served in the U.S. military as a member of the Army’s Signal Corps during which global conflict?

Question #2 – At the Movies
In which 1995 action movie does Denzel Washington dismiss an argument with the line, “Everyone who reads comic books knows that the Kirby Silver Surfer is the only true Silver Surfer”? 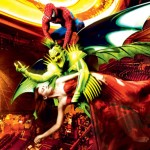 Question #3 – On Stage
The music & lyrics for the broadway bomb Spider-Man: Turn Off the Dark were composed by members of which Hall of Fame rock band?

Question #4 – Matching
Match the comic book character to the artist who co-created the character with Stan. 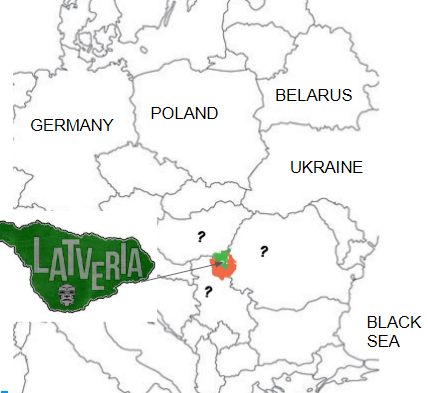 Question #7 – Passing the Torch
Prompted by a new volume of this character’s solo series in 1987, by Steve Englehart and Marshall Rogers, Lee said, in an interview: “this is not at all a criticism of Steve or of Marshall, it’s just that it’s one book that I would have liked to have always done myself.”

Question #8 – Science & Technology
Excelsior is the common term for stuffing or packaging made from what organic material? 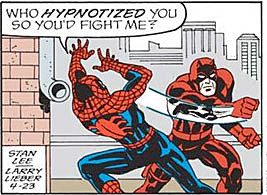 Question #9 – Writers
This former Marvel Editor-in-Chief, a chosen successor to Stan Lee, has been ghost-writing the Amazing Spider-Man newspaper strip for Stan since 2000.

Question #10 – Toys and Games
By completing various “Stan Lee in Peril” scenarios, you can unlock a playable Stan Lee character in what video game series?

Question #11 – Music
The cover art for this band’s 1968 LP, A Saucerful of Secrets, famously includes an image of Doctor Strange. Name the band.

Question #12 – Golden Age
Stan Lee’s first published work in the comic book industry was a text piece appearing in a 1941 issue of which comic book series?

Question #13 – Sports
NBA point guard Spencer Dinwiddie paid tribute to Stan by wearing these themed sneakers in a home game against the Miami Heat. Which NBA team does Spencer play for?

Question #15 – Conventions
From 2012 through 2017 the comic book convention in this city was sponsored by Stan Lee’s POW! Entertainment group, and was branded Stan Lee’s Comikaze. Name the city.

Question #16 – History
In 1987, as a publicity stunt timed with the comic book wedding of Peter Parker and Mary Jane Watson, Stan Lee officiated a Spider-Man wedding at what New York venue?

Question #17 – Merchandising
In 2017, subscription crate service Nerd Block delivered a Stan Lee-branded box containing, among other crap, a signature version of this ancient musical wind instrument. (The same type of instrument Lee played to annoy co-workers at the offices of Timely Comics when he was a teenager.) 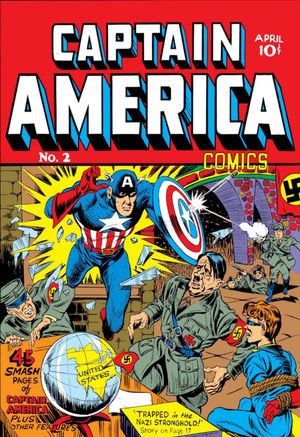 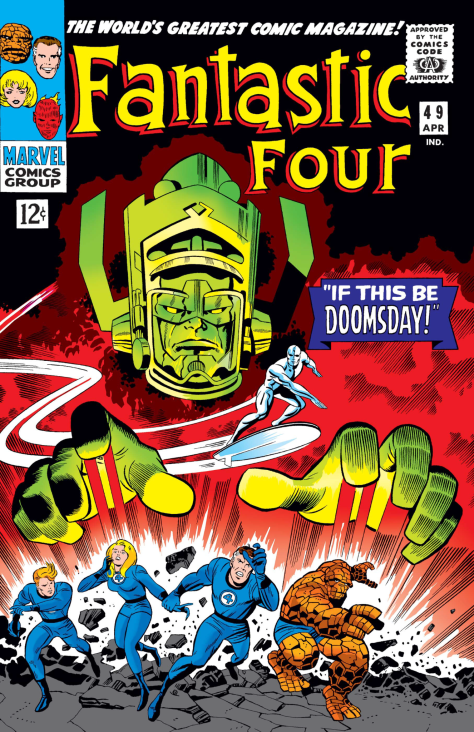 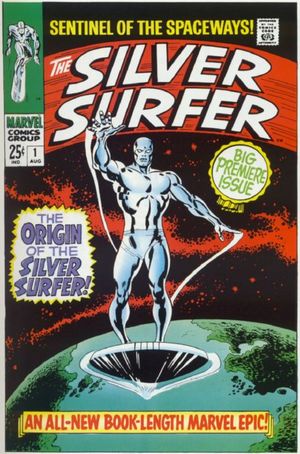 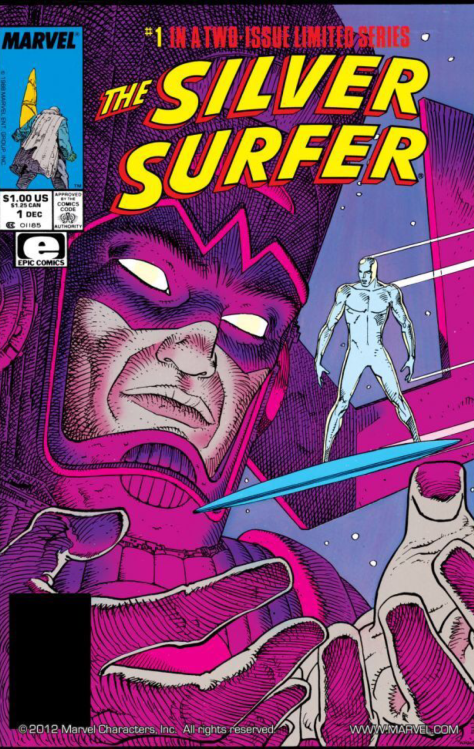 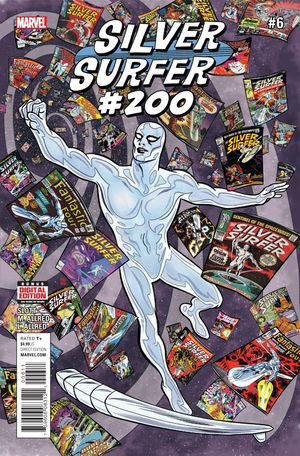 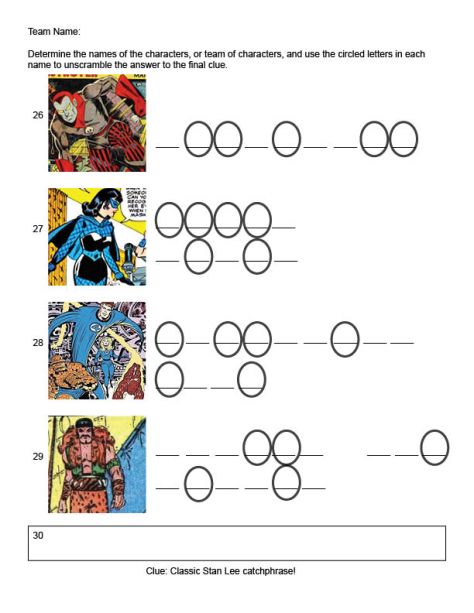 What was the reported production budget for the unreleased 1994 Roger Corman Fantastic Four film?

Thanks again to everyone who turned out for our biggest, most stupendous, most Stan Lee comic book trivia night to date! Looking forward to more fun in the new year!