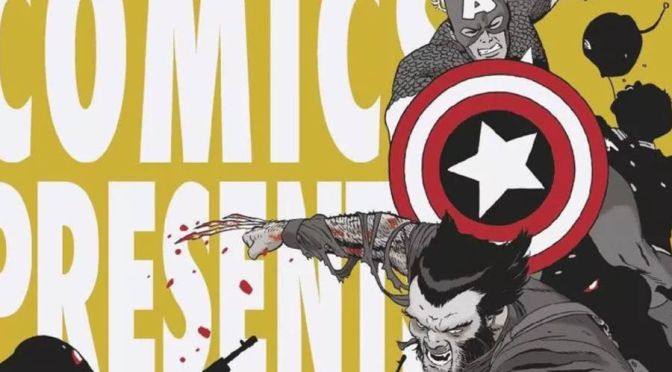 As part of the 80th anniversary celebration commemorating the release of 1939’s Marvel Comics #1, the House of Ideas has a number of interesting little one-shots and series premieres over the next few weeks, including the return of Marvel Comics Presents. The first volume of this biweekly anthology series had a fairly successful run through the 80’s and 90’s, combining serialized narratives with one-shot short stories. There was a brief attempt at reviving the format in 2007, but this run only lasted twelve issues. Perhaps Marvel lost sight of the marquee value of a certain ornery Canadian mutant. Returning to the formula that helped that first MCP run reach 175 issues, 2019’s version once again leads with a multi-part Wolverine tale.

Charles Soule and Paolo Siqueira give us the first part of a WWII-era Logan story involving Nazi occultists, sinister summonings, and the tried-and-true Wolverine-as-reluctant-mentor motif. “The Vigil” allows Soule to explore the character he’s run through the wringer in recent years, focusing on a lost story from Wolverine’s earlier years. It’s creepy and atmospheric, and could have easily been confused for a Hellboy story, but it’s worth reading because Siqueira’s art is ridiculously good.

Part one of “The Vigil” is followed by two one-shot tales, the second of which is a weird little Captain America PSA on parenting teenagers by Ann Nocenti and Greg Land. But it’s that middle story that I find the most compelling… and gets me the most excited for future issues.

The concept for the monthly “Marvel Age” stories is to look back on real historical events or movements that, for a variety of reasons, were never dealt with in the comic book universe. A lot has happened in the world since 1939, and while Marvel has rarely shied away from addressing current events, from Civil Rights to the Trump era, other issues had been avoided “because they happened too quickly or even because they were too raw of a subject.” This first entry looks at how Prince Namor, the Sub-Mariner might have responded to the bombing of Hiroshima and Nagasaki at the end of World War II.

Speaking of Namor and WWII…

If y’ask me, Zdarsky, Jason Aaron, Kelly Thompson, and Matthew Rosenberg are the best things Marvel’s got going for them in the writing department right now*. And the company must realize it, because they’re throwing these guys as much work as they can handle. This Zdarsky series looks at the WWII-era Invaders team in the present day, directly dealing with the Namor intrigue as seen in the pages of Aaron’s Avengers and Zdarsky’s own Namor “Best Defense” one-shot. There hadn’t been anything compelling to me about revisiting the Invaders on their own right, but I’ll pick up anything written by one of these guys, and this first issue, particularly partnered with Magno’s stellar art, does not disappoint.

(*apologies to Coates, Ahmed, Okorafor, Duggan, and Cates. I love you guys too. Write more books!)