It’s not a comeback if you never leave! Dre’s still one of the best producers out there, with beats that bring out the best in obscure and proven artists alike. If I had to pick one over the other, I’d take listening to Compton over watching Straight Outta Compton, easy. – RF

This album is such an experience! I’ve listened to a lot of electronic music, and 0PN is among a handful that are truly pushing boundaries. Admittedly this is not an album for the uninitiated. There are harsh synths, complete 180s in tonal direction, and moments in the songwriting that I can only understand as being some kind of joke. But all of this serves to merely accent and bookend the rich musical peaks and hyperfocus-inducing vortexes that pack this album. The speed and variety is dizzying which rewards multiple listens.

I’ve been riding the wake of Fred Thomas’s fuzzwave since falling in love with All Your Summer Songs. I’ve endured the inhospitable confusion of City Center and the floating aimlessness of Mighty Clouds (a snoozer, despite Betty Marie Barnes’s best efforts). On his new album, however, Thomas steps out in front of that wall of sonic shyness and delivers all the clever melodies and lyrical twists that made me a fan in the first place. Helps that I gravitate towards parallels and symbols; neither one of us has “time for the burden of nostalgia.” – MMDG

I haven’t heard a more honest, raw-nerve debut in over a decade, and the fact that it comes from a nineteen-year-old who was barely alive in the days before emo became a bad word makes it all the more impactful. Somewhere along the way, singer-songwriters were made to believe that confidence and assuredness had no place in songs about difficult experiences. Sprained Ankle chases away the ghosts of latter-day Chris Carrabba and reminds us how powerful a guitar, some pedals, and an impassioned voice can be. – MMDG 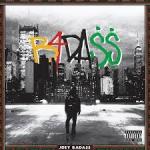 At age twenty, with his first studio album, Joey Bada$$ has made something that sounds immediately classic. B4DA$$ gets its distinct “East coast” sound not only from its roster of talented producers, but from Joey’s charismatic delivery that nods to Nas and the Wu Tang. Though he can sound a little rehearsed, the force of his personality overcomes any shortcomings. Old school hip-hop fans will appreciate. – RF

I had serious reservations about submitting this record for this list, because it has rather abrasive bookends and wanted to spare the others. But… I listened to the Hiatus Kaiyote record and decided they deserved it. – WH 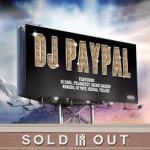 I had no idea what to expect when I cracked this one open. I only decided to listen because the name sounded interesting. Yes, that still happens sometimes! Well I was pleasantly surprised by the hyper breakbeat meets minimalism meets trap that makes this funky album. – DH

32. Erykah Badu- But You Caint Use My Phone

But You Cain’t Use My Phone is a sweet sounding meditation on the role of the phone in our everyday lives; how we use them to pull people closer and push them away. Phone culture comes up a lot in pop music, and Badu and Producer Zach Witness reference popular lyrics over a groovy genre blending production they call “Trap & B.” It’d be crazy if they referenced “Banana Phone” over trap music. – RF 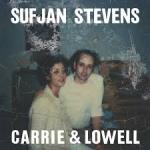