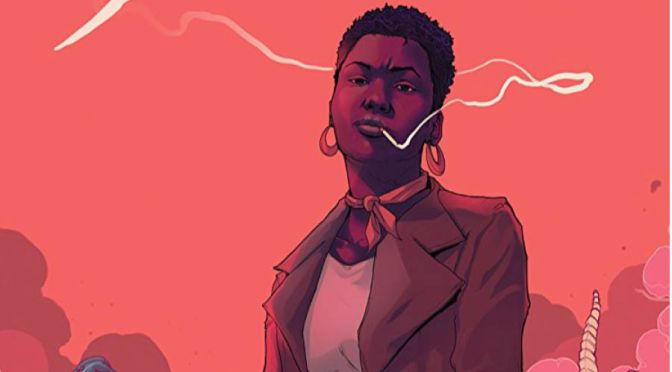 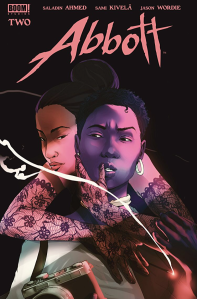 The influx of quality crime comics over the last two decades has helped keep alive the storied pulp tradition of the early twentieth century, when hardboiled detective yarns and creepy horror rags ruled the spin racks. And as great as it is to read a modern by-the-numbers crime epic, like Kane or Goldfish, the beauty of this medium is the ability to blur lines between genres; shadows hide more than cigarette smoke and bullet casings. Brubaker and Phillips get it, in stuff like Kill or Be Killed; David Lapham in Stray Bullets. I’d like to nominate Abbott, by Saladin Ahmed and Sami Kivelä, for inclusion on that list of engaging supernatural crime chillers.

Elena Abbott is a badass chain-smoking reporter investigating a series of grisly murders set against the powderkeg backdrop of early-70’s Detroit. Abbott’s husband had been murdered, years earlier, under an ominous cloud of dark, ancient magic. Now, the “claws of the shadow world” have reappeared, leaving their calling card on these slayings, and Abbott realizes that she might be the only person who can crack the case. 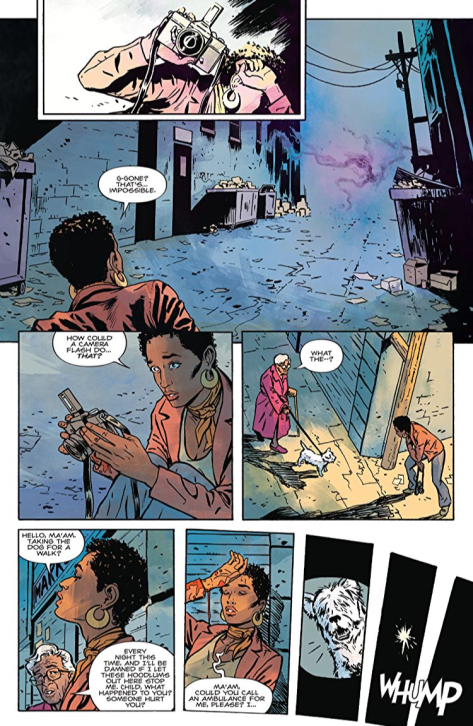