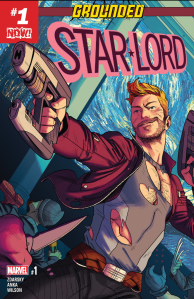 One of the most exciting things about this year’s Marvel NOW! initiative has been the rejuvenation of Marvel’s cosmic universe. Since the days of Jack Kirby and Steve Ditko, through the ascent of Jim Starlin and Chris Claremont, and even in recent work by Dan Abnett and Andy Lanning, there has been something uniquely special about the characters, exploits, and themes explored in the company’s spacefaring titles. The All-New All-Different relaunch last year dropped the ball in that regards. Most of the books were mediocre (Venom: Space Knight, Rocket & Groot), phoned-in (Guardians of the Galaxy, Star-Lord), or downright lousy (Drax, Guardians of Infinity). The few saving graces were Slott & Allred’s Silver Surfer (which was a carryover from the pre-ANAD era) and Ewing & Rocafort’s Ultimates, whose NOW reinvention is spearheading the current resurgence.

Week 12 of Marvel NOW! adds two more books to a stellar recharge that already includes the aforementioned Ultimates², the fantastic Nova, and promising Thanos. While these other books offer tours of the Marvel cosmos, however, the first of this week’s space books features a Peter Quill who has been forced to leave the intergalactic escapades on pause. In Chip Zdarsky and Kris Anka’s Star-Lord #1, the Guardians’ leader, along with the rest of his team, is “Grounded,” following the events of Civil War II. And life on Earth, he soon discovers, is quickly complicated by evasive ex-girlfriends, unsympathetic ducks, and feisty dimensionally displaced Wolverines. 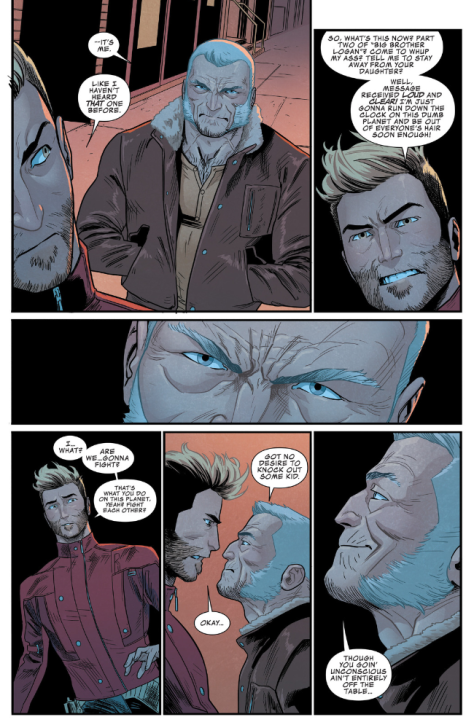