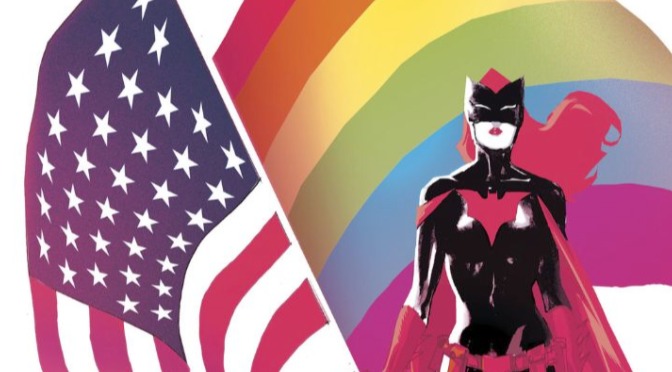 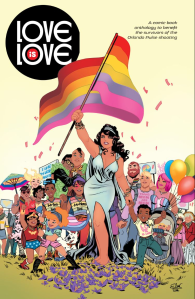 The most important book on the new releases shelf this week is a trade anthology published by IDW, in conjunction with DC Entertainment. Love Is Love, with dozens of stories, artistic tributes, and messages, is a collaboration organized by Marc Andreyko intended to honor those killed at the Pulse nightclub in Orlando earlier this year. From the book’s solicitation: “this oversize comic contains moving and heartfelt material from some of the greatest talents in comics — mourning the victims, supporting the survivors, celebrating the LGBTQ community, and examining love in today’s world. All material has been kindly donated by the writers, artists, and editors with all proceeds going to victims, survivors, and their families. Be a part of an historic comics event! It doesn’t matter who you love. All that matters is that you love.”

2016 has been a helluva year. The Idle Time clubhouse, for all its escapist frivolity and arguments about superpowers or cinematography, has not been immune to the disbelief and confusion brought on by real-world events over the last twelve months. I’m a little tired of being told that “we live in a bubble,” or that “we don’t understand what’s going on in the rest of the country.” What I do understand is that it’s almost 2017 and my nation is still beset with racism, bigotry, rampant misogyny, and hate. As a straight, white male I have a hard time accepting this. I can’t begin to imagine how my gay friends, my Muslim coworkers, or my own daughter feels when any one of them sees the news each day. When they’re told that they don’t understand what’s going on in the world.

I firmly believe that there are more of us that love than hate, more of us that celebrate than destroy. More of us who appreciate diversity than are frightened by things they don’t comprehend. And the more of us need to start affecting the rest of them. Seeing so many artists and writers who I admire come together for a project like Love Is Love exemplifies this. If it takes pinups of Superman waving a rainbow flag, or goofy exchanges between Poison Ivy and Harley Quinn, to drive the point home, so be it. 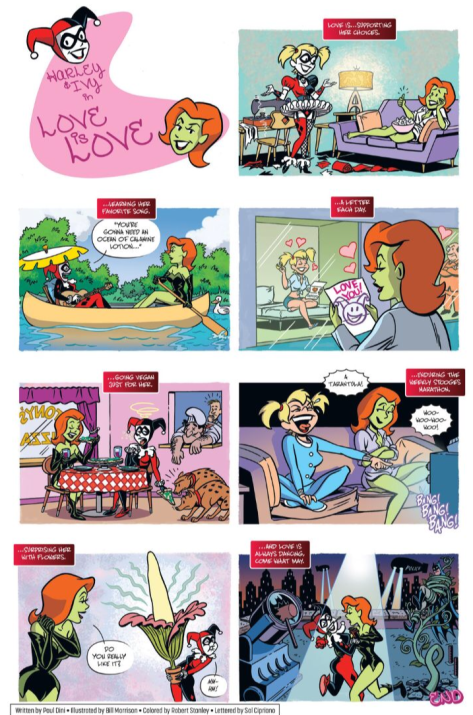