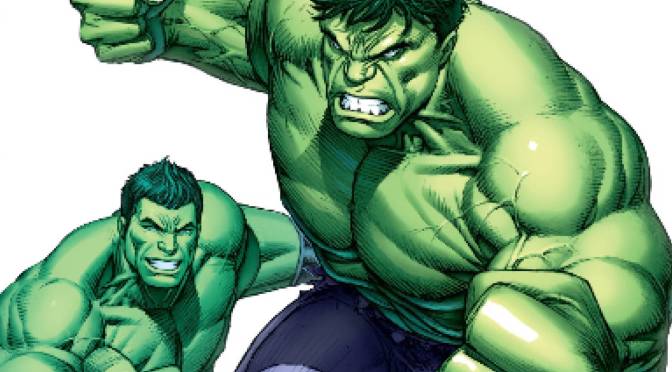 The first of ten one shot Generations titles hits stands this week, The Strongest by Greg Pak and Matteo Buffagni. Our all-new, all-different, totally awesome Hulk, aka Amadeus Cho, is mysteriously pulled into the middle of a desert standoff between the military arsenal of Thunderbolt Ross and the original Hulk, Dr. Bruce Banner. This could have been just about any Hulk comic from the 60’s through the 90’s, save for the porting in of a confused Amadeus. And to add to the confusion, this early incarnation of Banner/Hulk hadn’t even met Cho yet, and is distantly removed from the reality in which the young super-genius successfully removed the green monster from his original host, taking the Hulk persona upon himself. 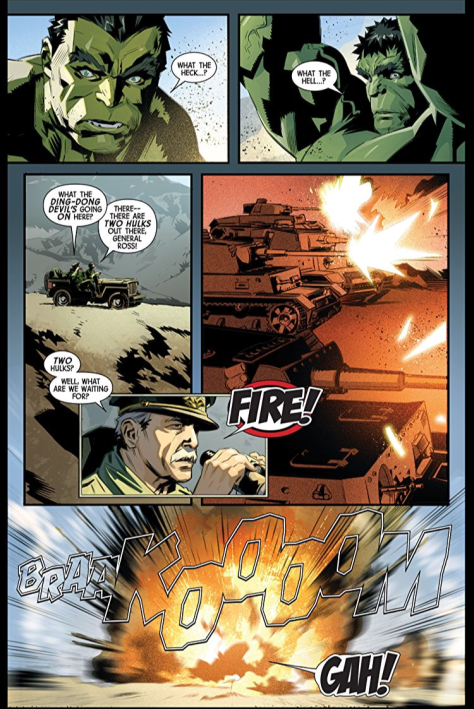 On the surface, this could have been any annual, back-up feature, or goddam Contest of Champions issue featuring the two Hulks in their first full-rage team-up, bashing tanks and each other’s faces. Buffagni’s art is a treat, and you know he, like any other comic book artist growing up with superheroes and super-battles, relished the opportunity to illustrate this book in all its explosive Hulk Smash glory.