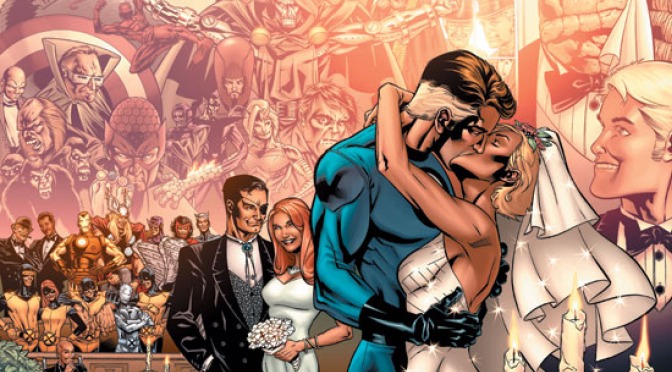 I’m not the wisest in the ways of love, but I know one cornerstone of a good relationship is stability. Relationships require people to rely upon each other, a healthy level of dependence that not only nurtures and sustains feelings, but ultimately transforms two lives into some sort of super-functioning unit.

Characters are killed off and resurrected annually. Enemies become comrades and good guys go bad. Heroes change their costumes and monikers faster than a speeding bullet, with some going as far as taking on the roles of other heroes entirely. One day you’re Dr. Doom, the next you’re Iron Man, amirite?

Yet throughout Marvel history, one thing has remained (for the most part, 98%) unchanged: Reed Richards loves Sue Storm, and vice-versa.