We saw this coming. Everything’s changed over the course of the last decade: the way we buy music, listen to music, share music. And although the Institute will forever and aye extol the virtues of the album, we’ve become increasingly aware that our so-called “bonus disc,” a typically 20-track compilation of our favorite non-album songs of the year, is often the finest mix in the best-of-bunch. My pal Uncle Isey is quick to point out that this is strongly suggestive of the 1950’s; we’re in a singles-era renaissance and one great track with popular appeal can go from an iPod commercial to an episode of Grey’s Anatomy to the cloud storage of a half-million Amazon customers in a matter of months. So it shouldn’t surprise me, then, that, for the first time, my picks for favorite non-album songs —  tracks from EPs, soundtracks, single releases, etc. — might just be my favorite songs of the year.

Welcome to the future, Idle Timers. These songs were bought online, digitized into tiny magic MP3 particles, and shared with Willy Wonka widgets on the world wide wonderland. 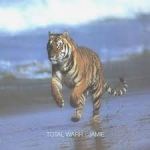 Total Warr is a Parisian band with an affinity for cute aminals and charming pop hooks. They’ve released a pair of EPs since their formation including this year’s bubbly singalong-friendly Please Never Come Back Again. They’re also responsible for reminding us how good Weezer used to be… with this cover of a blue-album b-side.

When Voxtrot broke up in 2010, in near broke my heart. Appropriate then that Ramesh Srivastava‘s first solo effort since their dissolution near makes me cry. Or maybe it’s just the wistful reminiscing, the tremulous optimism, and the “never gonna take me alive” defiance that emboldens like a repeat-after-me self-help course. 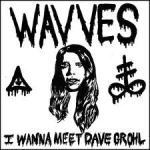 Nathan Williams seems to embody the singles ethos better than anybody. The Best Coast/Wavves “Summer Is Forever” tour this year produced a 7-inch split of the same name, and the best song off the recent Life Sux EP is as catchy and immediate as any surfrock-era 45.

This entry into Adult Swim’s singles parade doesn’t even seem like a single song. Maybe two songs, maybe none. Maybe Swedish duo jj singing around Ne-Yo’s discarded vocal track or singing about songs that never got written or are spilling out, piecemeal, from a House of audio Mystery connecting Gothenburg to the ay-tee-el. It lost me at first, and then it found me, again and again. Okay now… 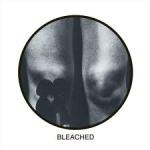 1. Bleached – “Searching through the Past”

Jennifer Clavin left Mika Miko in ’09, joined Cold Cave for a spell, then Back to Cali for a superhero team-up with her sister. Bleached pressed a couple singles this year, and seem poised for big things in 2012. Clinking pint glasses, fuzzy soundchecks, merch-table reminders, and an urgency that doesn’t plan for the future but revels in the refrain. Basically, everything I love about live music in a three-and-a-half-minute reminder.