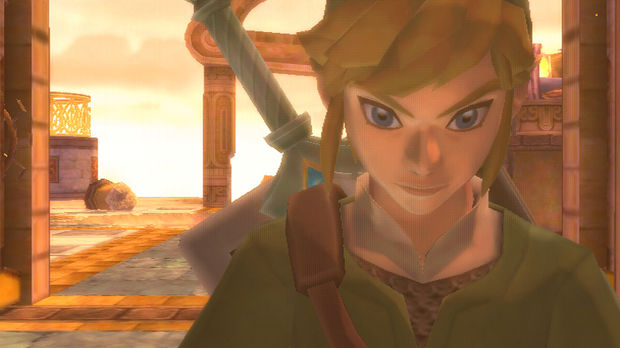 On December 22, 2011, I came home from my company’s holiday celebration dinner ready for a winter break devoid of traveling. I was excited to fill a week-and-change with movies and video games, both of which are presented to me through a Microsoft Xbox 360; the movies stream through my Netflix service, and video games are what the unit was designed for. I turned on the TV, fired up the stereo receiver, and pressed the ever-comforting power button on the Xbox console. Nothing happened.

I was not afforded the warning shot known as the Red Ring of Death (my Xbox is that old), and what remained was a useless brick of white plastic and electrical components holding my copy of Arkham City prisoner. I took it into my local used-games merchant to see if they could help. Since I’m cool with the guys who work there (and by “cool” I mean they don’t talk down to me), they gave me the max trade-in value for the console.

Pre-orders for the Star Wars edition Xbox (to be released in February) had just gone on sale. I was obviously in the market for a new Xbox, and I’m… pretty into Star Wars. It was as if the gods were speaking to me in clear-as-fuck English: “Pre-order this thing, and use your Wii for a few months.” What the gods didn’t tell me was that this Star Wars Xbox would be delayed until April.

It was time to go back to the Wii section of the store, where I hadn’t wandered in almost a year, and see what I could find. The sad fact is that Nintendo hasn’t released shit worth playing in far too long. There’s even documented evidence that the Wii’s street value is less than the labor cost of stealing it. But Nintendo had one more beacon of hope for the end of 2011.

I was interested in playing The Legend of Zelda: Skyward Sword because I like Legend of Zelda games. The original Zelda still stands out as the benchmark for the kind of satisfaction and obsession I hope to get from any new game I decide to play. Other games that elicit this kind of favoritism are the original Metroid, LoZ: Ocarina of Time, the first Fable, Portal (1 & 2), and most recently Batman: Arkham City. I had read that this entry was a good addition to the series, that the new controls were pretty solid, and that there was way more to do than in previous Zelda games. This was bound to be a good choice for my stint between Xboxes. On top of Skyward Sword, I picked up Epic Mickey and Super Paper Mario, thinking they would easily round out any extra time before I got to play Left 4 Dead again.

As with any new game, I excitedly got home and jammed the Skyward Sword disc into the Wii console and started playing. Was it good? Yes. Was it “perfect” good? No. Upon release, it garnered perfect scores from IGN, Game Informer, Wired, Edge, Eurogamer, and many others, but I have to disagree. I enjoyed playing it, and I definitely set aside hours of my weekends to explore the seemingly expanding maps, but after finishing it, I didn’t start a new save file to play it again, and I sure-as-fuck wasn’t going to play ‘Hero Mode.’ I never once found myself saying “Hey man, instead of visiting your mom/dad in the hospital, you should stay home and play Skyward Sword, because it is such a perfect game that s/he would be more proud of you finishing it than spending time with them.”

The story that unfolds during Link’s adventure on this go-around (spoiler alert) is particularly intriguing because of how well it wraps the mythology of the other Zelda games into the actual game play. This essentially defines this entry as a prequel for the entire series. Those who played the other games will recognize all manner of stuff, but it doesn’t assume you would know, so newcomers can absorb the story as if it were new material.

The motion-based controls were designed very well. The initial realization that Link points his sword wherever you point your Wii remote, even while running around, is pretty neat, and setting up for backslash strikes across is always cool once executed. The controls don’t take too long to get accustomed to, and never get repetitive to the point where they feel stale. However, sometimes they are a little too sensitive. The game does a great job of simulating your sword movements, so if an enemy leaves an opening on his left, a horizontal slice from my right to left will connect. But if this enemy changes his stance so the opening is over his head, I have to change my own stance and strike direction. This is where I got a little too into it, because if I had a real sword and needed to change my strike direction, I would change my stance pretty quickly (or at least I think I would; I’ve never actually been in a sword fight), and this quick change of Wii remote position would register as a swing in the game, which would get blocked and countered. My real-life fencing skills were not translating well to my digital counterpart, which became incredibly frustrating during a few boss battles.

The game is not unbeatable, but the above difficulties with the controls had me yearning for a classic-style handheld controller. At least once I found myself so pissed at the game, the enemy that could adapt faster than I could (without registering a strike), and the controls, that I had to stop playing for a few hours. For some this is the sign of a great game, so hard that you have to sit out a while and try again when you feel ready, but incredibly fulfilling to finish after some practice and focus. I don’t mind failing, practicing, then dominating, but it sometimes felt like the enemy AI was designed better than what the motion controls allowed for. I can’t say those victories weren’t satisfying though; there were definitely times when I stood up and yelled in my TV’s face, “What now, motherfucker?”

In addition to being an obvious boner joke, this article’s title refers to the fact that the in-game sword grows in length as you progress, and more so to the fact that the game is longer than any Legend of Zelda game in recent memory. I may not play as hard or long as other hardcore gamers, but it’s rare for me to need more than a month of dedicated play to finish a game. Earlier I mentioned that I started this in late December. It’s mid February at the time of this writing, and I just pulled the disc from the console for what I think is the last time. There is an in-game timer to inform you on just how long you’ve been playing, and I clocked in at just over 50 hours. Considering it was fifty bucks new, that works out to about a dollar an hour, which is cheaper than a movie and potentially more entertaining.

Should you play this game? If you’ve got a Wii, and you like action-adventure titles, and you like using the Wii’s motion controls, then yes, this game is for you. Even if you just have a Wii, I would recommend you check it out. There’s no doubt that the game is good, but I can see that it’s not for everyone.

2 thoughts on “The Skyward Sword Is Long”