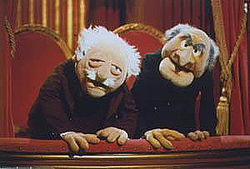 I love Gmail. Rather than rely on my memory, which tends to sensationalize and embellish past events indiscriminately, I am able to quickly scroll back to the summer of 2004 and use electronic correspondence to survey what was going on in my life. From there, I can embellish with a bit more discrimination.

No real surprises in my inbox early on. EBay notifications and alerts, work-related questions-and-answers (can you remember back to a time when the workplace didn’t supply you with a business email?), and an inordinate number of emails to Craigslist scalpers, often in vain, attempting to secure tickets to sold-out shows. Looks like I spent way too much on that White Stripes show at the Warfield.

But then, beginning in August, something happened. Fantasy sports came back into my life. Matt (not Isey-Matt, but my brother Matt, who is actually in Scottsdale right now hopefully working on a great Spring Training travel piece for the site) invited me to a fantasy football league. From August on, every other conversation thread seems to be either sent by Yahoo! or have something to do with player trades, shit-talking, or injury report analyses. Fantasy football turned into fantasy basketball… and golf and NASCAR and March Madness… and even Serie A Italian soccer, back before anyone gave a crap about ‘football’ and the only way to get involved was through the Italian-language “Mister Yahoo” portal. I dominated.

That would, in turn give way, of course, to the finest of fantasy pursuits. Fantasy sports in general owes everything to Daniel Okrent and the invention of Rotisserie Baseball in 1979. Regardless of what anyone says, and despite the fact that twice as many people play fantasy football every year than the other major fantasy sports combined,¹ fantasy baseball was and will always be the truest expression of sports geekdom. To digress for a moment into pure biography before getting back to a historical connection to our Idle Time collective (and as part of my continuing efforts to warehouse all past internet ramblings on our happy new WordPress home), here’s an excerpt from a blog post I wrote on the original Justifications blog on April 5, 2005:

I have a fantastic problem. It began my freshman year in high school when a narrow escape from complicity in a busted numbers ring led me to seek sanctuary in the legal confines of fantasy football. In less than two seasons’ time I was quoting underclassmen’s 40-times and debating the merits of real turf for running backs’ yard-per-carry averages. I was negotiating three-team deals for the likes of Neal Anderson and Jim Everett while exaggerating the importance of place kickers in the hopes of making up for draft-day mistakes and increasing the trade value of Pete Stoyanovich. In the days before the internet, my fingers were perpetually smeared with black ink from the box scores of USA Todays and Nationals (how many people remember the shortly-lived but all too sorely-missed daily all-sports newspaper?) while my requisite hours of teenage telephone monopolization were spent arguing stats with guys rather than arranging dates with girls.

By the end of high school, however, interest waned, drivers licenses were secured, and a variety of other pursuits occupied our time. Through college and into my independent years, I reverted to a less active sports aficionado. Baseball always my first love, and ever-hesitant to dilute my spring fervor and love of the Giants by delving into a fantasy version of the major leagues where I might have to (god forbid) root against Barry Bonds, I found life with just one ESPN channel perfectly acceptable and admired the statistical engine of the world wide web from afar.

In August of last year my brother invited me to join his fantasy football league. Hosted by Yahoo, and mercifully free of charge, it was more of a why-not than a hell-yes. But as the date of the draft loomed ever nearer I began to feel twinges of forgotten obsession pecking away in my head. Not wanting to enter into this unprepared, I bought a draft guide and an NFL preview and Yahoo’s very own $9.95 fantasy football draft kit. Not wanting to let my money go to waste should my brother’s league prove uncompetitive or dull, I joined another Yahoo league and then another and another. There are a maximum of four free football leagues allowed per Yahoo ID. I created a second ID…

Before the NFL season had ended it was time to start thinking about basketball. Never much of an NBA fan, after three head-to-head leagues and two rotisserie teams, I can now tell you why a multi-positional Josh Childress is worth two Keith Van Horns any day. And if Tim Duncan doesn’t make more of an effort to rehab his high ankle sprain in the next week, I could be eliminated from the playoffs. And drafting Amare Stoudemire with my second pick was my favorite thing I did all year. In anything. Dirk Nowitzki is my hero.

I’m in a fantasy golf league (look me up: I’m the Fore! Skins and in second-to-last place), a fantasy NASCAR pick set, and I just took first in an NCAA Tournament league. I started a fantasy Italian soccer league on affiliate ‘Mister’ Yahoo (but ran away with the lead because nobody else reads the language). And I’m just getting warmed up.

Today is the Giants home opener. That promise to myself to never let my fantasy addiction get in the way of my love for baseball: broken. Baseball is the screaming toddler in the opening scene of Trainspotting. Interleague play, designated hitter, Pete Rose, me. I even got my girlfriend to join. I drafted three Giants and already had an argument about a hot outfield prospect and which one of us should sign him. I’ve gone from being a user to being a dealer.

If music was something we only argued about vociferously once a year, fantasy sports became something we could get in each other’s faces about year-round. I would burst into Will’s classroom and slide into a desk in response to a Jose Reyes steal. He would pop in and wiffle-bat a rolled up sock against my podium right after Beltran went deep. We started multiple leagues for all the sports, giving know-it-all students “minor league” access to our obsessions and allowing us an opportunity to practice our trade negotiation tactics.

The fantasy sports department of The Institute of Idle Time currently has one “official” league for each of the three major sports. They’re all stuffed with sixteen teams, they’re all keeper leagues, and they’re all insanely competitive. Since ’04, we’ve awarded twenty-two prestigious championship trophies, some imaginary and some of the bobblehead variety. Your core trio of founding Idle Time members have all won at least one title. And a few of those former students of ours “got the call” and were promoted to the main leagues. Two of them even boast trophies. Chris Kunz, alas, keeps trying, God bless him…

I was one of the sixteen people in the world that used Yahoo’s short-lived 360 blogsite, and I made it a hub for our fantasy leagues. Despite having origins in pop music debates, Top 5 lists, and mix-CDs, Idle Time’s first actual internet presence was populated by football retention lists, mock drafts, and venomous arguments about why Sherman Low should be allowed to “un-trade” Mikael Pietrus.

Two nights ago we held the eighth fantasy baseball draft for our primary keeper league. Yahoo’s technology in this arena has improved tremendously, even if their shitty hacker-friendly email or eternally buffering video archive hasn’t. The draft interface is flawless, set-up is keeper-friendly, and the resources are more abundant than ever. But some things haven’t changed: it’s nice to see people still get pissed off and be passionate. Our newest MLB manager, “Kersh,” went off this morning on what he felt was a truly insulting trade offer. So 2005, bro. I love it.

Speaking of being pissed, and to return this 2004 time capsule to more musical matters, take a look at a snippet of an email sent by current Idle Timer, Donald “Gridwalker” Hanson in December:

Hi. Hey, just wondering, did you make a cd this year of the top 20 albums? I remember last year’s, and it was awesome. -Donno

And there were similar emails in my inbox from other inquisitive friends referencing the prospects of a new mix-CD and “The List.” A year after unveiling our signature project, and we’d already created a proper noun.

In keeping with the tradition of honoring our number one, I went to work on a tribute to Franz Ferdinand’s debut album. This was to become the first in a long-line of cover mocks, the most recent of which was Donno’s 2011 rendition of Little Dragon’s Ritual Union. The “Best of Oh-four” cover art was amateurish, I know, but this was back in the day before we had any real graphic designers in the collective and I was actually pretty proud of what I was able to cock up on Microsoft Publisher.

In mid-December, I sent out an email to everyone in the extended Idle Time family. We co-opted part of Will’s Room on Fire blurb from 2003 (“You’ve got to be some kind of asshole not to like The Strokes”) and invited friends to contribute to our 2004 liner notes:

In an effort to make the 2004 Year-End Best-of snazzier and sexier than ever, Idle Time needs your help.  We’re including a “You’ve got to be some kind of asshole…” column whereby trusted music snobs like yourselves can drop in an album that we missed… As in, you have to be some kind of asshole not to like this record. If you feel so inclined, send me back the name of the record we missed and a few words on how silly we are to have failed to include it.  We promise not to take it personally… Remember, you have been preselected because of your vast musical knowledge and/or your desire to never miss a chance at calling us assholes.  Either way, you are now getting a sneak first-peek at “The List…!” – 12/14/2004

Looking over that section in the actual booklet now, and the response seems to have been exactly what we were looking for. Plenty of our closest pals relished the opportunity to call us stick-in-the-mud, pretentious assholes for leaving out a certain album (or, in Sherice’s case, an entire musical genre). Looking through our own writing, however, reveals plenty more reasons to call us assholes.

We were mean. To each other, and to music in general. Will’s intro complains about the year of text messages he got from me regarding “all the lame concerts” I’d been to, and how his ears are still ringing from all “the damn cowbell” in Isey’s “Mattrock.” My Ted Leo blurb rips on Tom Waits; Will’s Moonbabies notes insult The Hives. And both Statler and Waldorf take turns complaining about how mediocre the year in music was. Will also began his tradition of writing more about an album that didn’t make the list than any of his assigned albums that did get ranked (in ’04 it was Destroyer’s Your Blues). The year wasn’t legendary by any stretch, but it did produce some entries in our Decades project, and almost nine per cent of the songs still alive in our current project come courtesy of 2004.

What that year really produced, or, at least, uncovered, was the sheer amount of ire that characterizes every single one of our music-ranking projects since. The trash-talking, sabotage, and “not admitting that we actually like something introduced” by another member charade, had their roots in 2004. Even today, as we meet weekly at a Sacramento bar to continue work on our 10th anniversary project, the caustic comments and outright personal attacks are rampant.

Here, published online for the first time, is the original 2004 list.

1. I made up that statistic. But the superscript ‘1’ makes it look pretty legitimate, yeah?