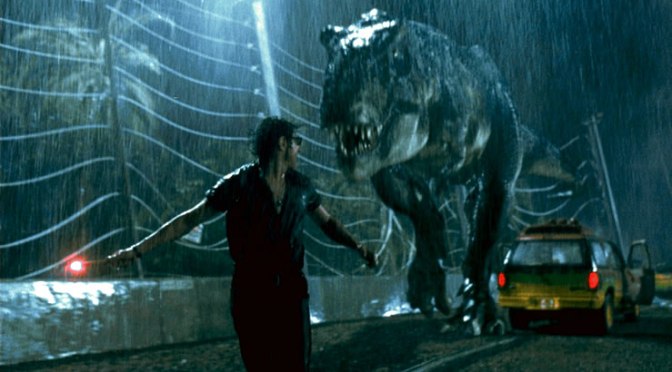 I wasn’t going to arrange my list of these 50 movies in “best to least best” fashion, but then I said fuck it and decided it would be cooler to list my  favorite films in order of the ones that are my favoritist. So after weeks of going over my Long List of 250 movies (which I will post later. and yeah, most of them are American films. What can I say, we make awesome movies)  I have come up with my top 50 films IN ORDER (With #1 being my most favorite film of all time. Natch)!

Why? Because if you didn’t know by now, we here at Idle Time live and breathe by this movie. It perfectly captures nerding out over music and movies and making lists.

Best Scene? The Break Up Scene. We’ve all been there. Some of us more times then we would have liked.

“What came first, the music or the misery? People worry about kids playing with guns, or watching violent videos, that some sort of culture of violence will take them over. Nobody worries about kids listening to thousands, literally thousands of songs about heartbreak, rejection, pain, misery and loss. Did I listen to pop music because I was miserable? Or was I miserable because I listened to pop music?” – Rob

Why? Whether or not you agree with Micheal Moore’s politics or methods, watching this scathing documentary about gun control in America you can only come away with one conclusion – something is wrong here.

Best Scene? Michael Moore’s attempt to get an interview with film legend and NRA spokesmen, Charlton Heston   succeeds only to be one of the most awkward moments in the documentary. You kinda feel bad for old Moses. Kinda.

“Well, here’s my first question: Do you think it’s a little dangerous handing out guns at a bank? ” – Michael Moore

Why? Since the start of cinema making a good, successful film was an expensive task. That is until 1992. Almost 100 years later since the first movie was made, Robert Rodriquez shows up with a couple thousand dollars, one 35 mil camera,  asks his friends to act in his movie on the weekends, and breaks the cycle. Now movies are fair game to anyone with talent and a camera – not just a giant bank account.

Best Scene? The “sped” up scenes stand out to me. This was not an artistic choice on the part of Rodriquez – he did it because he was running out of film and that shit wasn’t cheap. So he sped up the scenes thus using less film.

“All I wanted was to be a mariachi, like my ancestors. But the city I thought would bring me luck brought only a curse. I lost my guitar, my hand, and her. With this injury, I may never play the guitar again. Without her, I have no love. But with the dog and the weapons, I’m prepared for the future.” – El Mariachi

Why? This is John Woo’s masterpiece. Before he went “Hollywood” Woo crafted the most action packed action movie of all time with Hard Boiled. There is shit done in this movie that you cannot do in Hollywood because of the insurance problems with the the stunt men. No such problems in Hong Kong though and it shows. The best of the Bullet Ballet films. Fucking relentless till the end.

Best Scene? The whole end scene at the Hospital. It could be one of the longest, uncut, un-edited action sequences ever filmed. Eat your heart out Martin Scorsese.

You’re really full of shit. The toilet’s over there – Tequila

Why? One of the best horror films ever made contains the best transformation scene ever made. The Oscars came up with  a new category just so they could honor this landmark film and it’s effects. At it’s core it is a film about friendship and the loss of it due to changes life throws our way – you know like, moving to another town, falling in love and losing touch, getting bitten by a werewolf and killing people, those kinda changes.

“Have you tried talking to a corpse? It’s boring.”  – Jack

Why? Wes Anderson is a movie loving hipsters dream. Dude hits all the right notes with Rushmore – from the spot on casting of Jason Schwartzman and Bill Murray (in a “latter years of his career” defining role),  his ability to make dialog that would feel out-of-place and stiff in other hands come across sincere and true, to his excellent taste in music for the film, Anderson fills this movie with a joy for life and everything in it.

Best Scene? The dinner scene where Max berates the boyfriend of the teacher he has a crush on – “I like your nurses uniform guy. ” “These are O.R scrubs.” “Oh, are they?”

Why? The movie that spelled the end of traditional animated movies (at least in America). This is the first fully computer generated cartoon and a what a perfect way to start things off. Sure, parts 2 and 3 may be a little bit better, but number 1 kicked it all off so I gotta go with it. Could this be Tom Hanks best roll? A computer generated toy? Maybe. Maybe not. One thing for sure, it is Tim Allen’s best roll, no doubt.

Best Scene? The trip and subsequent adventure inside Planet Pizza is flawless film-making. “The Claw!”

“One minute you’re defending the whole galaxy, and, suddenly, you find yourself sucking down darjeeling with Marie Antoinette… and her little sister.”  – Buzz

Why? An absolutely gorgeous film to behold. Cinema never looked so pretty before Days of Heaven. Terrence Malick takes a light story and infuses it with so much beauty that you are too overwhelmed to notice anything else. This film showed other directors what they were missing in their own works. The “art of film” became just that – art.

Best Scene? The plague of locust that comes down on the ranch and there is a battle at night to fight them off with fire. Malick pauses to film a single locust on a stalk of corn with the fires in the night in the background. Stunning and pretty much what Malick is all about – capturing the moment.

“Nobody’s perfect. There was never a perfect person around. You just have half-angel and half-devil in you.” – Linda

Why? This is “Blockbuster Making 101” here – but man, what a fucking awesome time I had watching this movie in the theater for the first time. A true roller-coaster of a movie and a shit load of fun.  Jurassic Park has become one of those comfort movies for me – anytime it’s on I gotta watch it. It manages to still thrill me and bring a smile to my face. A fantastic movie and one that ushered in  the CGI Era. Soon, computers would dominate the summer blockbuster and let us watch ANYTHING the filmmakers thought up.

Best Scene? The break out of the T-Rex is still one of the most frightening and truly edge of your seat sequences that Spielberg has ever done.

“Hold on to your butts.” – Ray Arnold

Why? Who knew the worst named movie ever would be one of the best made movies ever? I love watching this film and knowing that just around the corner is another great scene coming up or awesome line of dialog spoken by Morgan Freeman. “Get busy living, or get busy dying”? Shit, get busy renting this one again on Netflix. A true american classic.

Best Scene? Tons to choose from but I gotta go with the ending. Fuck man, this could be the best ending of any movie ever made. Wonderful.

“If I hear so much as a mouse fart in here the rest of the night I swear by God and sonny Jesus you will all visit the infirmary. Every last motherfucker in here. ” – Captain Hadley