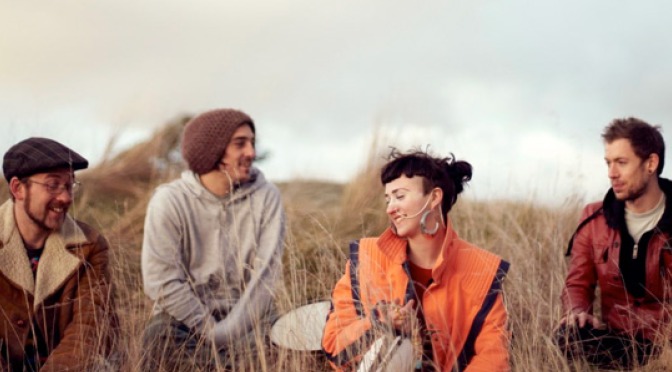 Kendrick Lamar – To Pimp A Butterfly
Kendrick Lamar offers his reflections on where he has come from  on his journey through the  music industry, recalling some of the most influential figures in hip-hop to celebrate his origin and climb to the top. While acknowledging his success, Lamar struggles with the toxic nature of fame that’s inseparable from it, and the responsibility of being a cultural icon in a time when our culture is saturated with race-related violence. A lot of Lamar’s verses are conversations from one aspect of his feelings to someone in his life, or himself, or in one excellent piece of found footage editing, Tupac. Besides it’s political content, the album delivers dynamic, raw vocal performances, finely utilized samples coupled with an amazing studio band, and is one of the most engaging records to come out in the last decade. To Pimp a Butterfly is a work that could be dissected, discussed, and enjoyed for years to come. And it probably will.

—
Hiatus Kaiyote – Choose Your Weapon
I am going to assume the confidence I need to say that there has never been a band that sounds like Hiatus Kaiyote. There are probably some that are similar, but certainly not literally the same band. There are for sure some bands maybe doing something like them, but not many.

There definitely isn’t a band with a singer like Kaiyote’s Nai Palm. Her playful annunciations and range make her one of the most distinct voices around. This group is only on their sophomore release and have twice proven they can take instruments and arrangements from the nebula of music genres and craft something that is both reassuring and exotic. Listening to this record makes me dream of a of a pop music climate where smart musicality and virtuoso talent are the standard. I can say, with absolute confidence, you won’t hear another record like it this year.

—
Miami Horror – All Possible Futures
Hear what Ian Powell calls, “The Cut Copy record you’ve been waiting for.” Though Miami Horror draw comparisons to their fellow Australian counterpart, there is more going on than imitation. The touch of chillwave and Abba-loving disco tracks have made this my summer record of 2015, but it also fulfills my need to overanalyze pop music. Disillusionment pops up thematically throughout the album, enhanced by the dreamy production. Even the undeniable jam “Love Like Mine,” uses a mantra of confidence to hide a character’s desperate pleading. Catchy dance music that hides somber feelings of longing and despair? How is that not fitting with the bittersweet impermanence of summer?

—
Joey Bad A$$ – B4DA$$
When I first heard this, it reminded me of the first time I heard Illmatic. Joey Bad is part of a group of emerging twenty-something-year-old rappers, standing in Brooklyn while peers like Kendrick Lamar stand in Compton and Danny Brown in Detroit. For being so young, his game is classic.He rhymes are composed and delivered as confidently as somebody like Nas, or even Black Thought.This album is an overall tribute to everything about the 90’s east coast sound: smoky jazz riffs, socially conscious verses, and that suave cockiness that comes from being a New Yorkian.

—
Donnie Trumpet and the Social Experiment – Surf
I’m gonna call out Matt Hiltachk, who said this album was too “musical” for him. Though I think that is a really dumb thing to say, I kind of know what he means. Yes, some of the tracks are instrumental, but that’s not the only thing that distinguishes Surf from other pop records. It’s not a rap album, but people rap. They don’t sound aggressive or hype themselves too much, in fact sometimes they sound like an after school special. There’s a song about being yourself, followed by a song that tells you you’re not as special as you think you are, so be cool and get on. You’d kind of expect LeVar Burton to guest on this record, but instead there’s Busta Rhymes. The tracks where Donnie is the featured artist function like interludes throughout the album, including the eerily memorable fraternal tracks, “Nothing Came to Me” and “Something Came to Me.” Though Donnie’s name is on the front, the most recognizable name in the Social Experiment is Chance the Rapper, who is featured on near every track. Chance’s distinct voice and knack for wordplay definitely help carry the record, but it’s the trumpet and other unusual choices that make this album worth discovering.