Kendrick Lamar continues his streak of incredible releases that began with 2012’s good kid, m.A.A.d. city with an album that blurs the lines between a traditional release and a b-sides compilation. untitled unmastered. (stylized with a period to make writing about it on a computer more of a challenge) follows the jazz shift Kendrick had so much success with on 2015’s To Pimp A Butterfly, but also features the type of moody, dark pop-rap he owned on good kid. Standout tracks like “untitled 02 l 06.23.2014.” show how surprisingly neat Kendrick’s transition between two completely different styles actually was, while the following track, “untitled 03 l 05.28.2013.” finds Kendrick going all in on his new jazz-inspired sound, complete with funk wunderkind Thundercat on the bass and a chorus of flutes that sound like they came straight from a Sufjan Stevens album.

Lyrically, untitled unmastered. is less focused than previous releases, though that isn’t necessarily a bad thing. Kendrick goes from street stories to parables with somewhat questionable racial stereotypes all the way back to paranoid gangster imagery in the course of just a few songs. Also, at 40 minutes long, untitled unmastered. is much more digestible and better suited for a quick listen than either of his prior albums. While this new album is much less an “album” than a posterity-friendly collection, connecting the dots between two excellent but diverse albums, it still features Kendrick Lamar at the top of his game, making it a must listen for hip hop fans. – IP 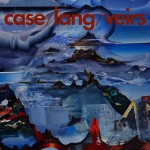 Neko Case is an old IT favorite who always manages to surprise me when she releases an album. This time she really blew me away by making a supergroup with k.d. lang and Laura Veirs. The trio managed to make the best folk rock of 2016 by far. We are treated to songs that highlight each of their strengths all the while getting their voices harmonizing in the background. “Honey & Smoke” is truly infectious and has been stuck in my head for the better part of six months. – MeanOldPig

Not so long ago in 2016, when I first heard Cashmere, I saw it as the hip-hop release we needed for the year. It’s the perfect combination of humor and politics by a pair of adept emcees and a producer that built an Eastern palace of sounds. One half of the rapping comes from Heems, formerly of Das Racist, and his social jabs and wit haven’t dulled since his former group’s retirement. Riz Ahmed is an actor (he’s the kooky pilot in Rogue One: A Star Wars Story if you want reference) and though he definitely sounds like he has to try harder than Heems to come up with flow (he writes a bar a day), the dude actually has game.

I like this record because of how it balances style and substance. They have great lines about Netflix and praying mantises; it’s their cultural background that makes some of their best lines. “Half-Mogul, Half-Mowgli,” actually perfectly embodies the ethos of the band: witty, tongue-in-cheek and politically aware. In the opening verse, Riz ponders on what it means to be mixed race, or an immigrant, from two worlds. Riz resolves to focus on his similarities rather than his differences closing with the line, “My only heroes were black rappers/So to me 2Pac was a real Paki.” The beats, courtesy of Redinho, may actually force people to look up Qawwali on the Internet, and he has an understanding of Eastern percussion and rhythm that Timbaland would approve of.

But Holy Shit! Waiting a few weeks to do this write up has totally made this album more significant. Issues about people from Asia and the Middle East having problems at airports is a repeated topic on Cashmere, and if I had one criticism of it, it would be that they lean on that issue hard. However, in the past week, I’m beginning to think that their whole album should contribute to meaningful discussion in the pop music forum, and this year, along with the return of A Tribe Called Quest, Swet Shop Boys’ debut album stands up to Trump’s intolerance and celebrates a diverse world, because where else but here can a punjabi American from Brooklyn and a Muslim, Pakistani from England get together and form a rap team, and not be a novelty? This debut is exciting, and if this collection of songs came out of the months leading up to Trump, I really hope these guys put something else out during this administration. – tyrannofloresrex

New Yorker (by way of Ecuador) Maria Usbeck’s solo debut is breezy and beautiful, like a hot air balloon ride across the South American landscapes of Pablo Neruda and Cortázar. It’s also recorded entirely in her native language. I love listening to this album, but I really love that my Spanish has improved to the point where I understand almost every word. – MMDG

No sophomore slump for these gals. Adore Life retains all of the weight of their debut and adds a big dose of fun this time around. Each of the ten songs deals with love and all of its complexities, compromises, and pleasures in one form or another while rocking hard enough to inspire all to throw a fist in the air. – djlazybear

The first time I saw Thao & the Get Down Stay Down live I was blown away. Thao has such a fire on stage you become lost in her world. Her new album exemplifies this exact energy and passion. I can’t wait to see her (solo this time) live (for the fourth time) when she plays The Chapel in March. – LDG

I was little heartbroken when WU LYF called it quits after their brilliant debut, Go Tell Fire to the Mountain. Those guitar tones and the full-throated, from-the-rafters voice of Ellory Roberts were just what I needed at the time. Little did I know that Roberts would resurface in 2016 just when I needed him the most with LUH (Life Under Heaven). LUH brings the same vocal style and guitar tones and adds a welcome female energy. – djlazybear

For how frequently I’m looking for new things to listen to, it’s always refreshing to find an artist for the first time that already has a modest body of work. IV was the first album I had discovered by the jazzy quartet BBNG. I’m still working my way through their earlier works, which includes multiple studio albums, a collaboration with Ghostface Killah, and many heralded covers. While I haven’t heard everything yet, I will be surprised if there is anything else that tops this 2016 effort. These boys have a very bright future ahead of them, made apparent by how well their sound evolves from song to song. From more traditional songs with featured vocalists like “Time Moves Slow” and “In Your Eyes,” to introspective electro odysseys like “And That, Too” and “Lavender.” All are great tracks, but none come close to the stunning “Chompy’s Paradise,” which wins the award for my favorite song of 2016. – hltchk

Quite simply, this album made me want to create music again. I don’t know what Vernon’s process is for songwriting, but as a listener you can almost hear him accessing the ache in his bones and then surfacing from that place transformed by what he found. This album does things to me. It hits me in a place I have no way of describing, but I have a feeling that this mythical place inside me is where my own songs reside, waiting to be written. – ghostyorb 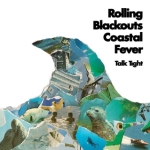 This is one of the more promising debuts in some time. RBCF love the guitar and I love them for it. They grab all the good bits of their Aussie forefathers and serve it up in a way that sounds at once both nostalgic and new. They mine some of the same territory as Parquet Courts (too cool for their own good and extremely overrated IMHO), but RBCF are more concerned with connection than they are with wit. – djlazybear