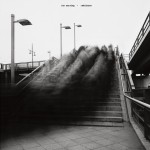 What started as a side project for Dungen guitarist Reine Fiske has evolved, on their fifth album, into a band worthy of its own headliner status. The prog rock intricacy of Dungen is evident, but this time blanketed in dreamy layers of echo-y fuzz. On a fall trip up the coast last year, perpetually removed from cell service and unable to stream any music, I was relegated to the one album pre-downloaded onto my phone. Ambulance on repeat, floating “Through City Lights” and under starry nights. And despite pulling off Highway 1 repeatedly for raw oysters or clam chowder, I couldn’t help thinking that, time and again, it really was “A Perfect Day for Shrimp.” – MMDG 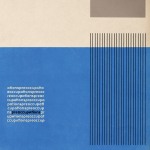 Post punk will never leave this heart o’mine and Preoccupations showed me why I should always let it back into my life. Frontman Mike Flegel sounds like he should be paired with Ian McCulloch of Echo & The Bunnymen. The musical accompaniment is that hard bass-driven sound with booming drums that fills the room oh so well. The album truly feels like a complete package and even has the audacity to do a Brian Eno soundscape for eight minutes smack dab in the middle of it. You’ll find me gently swaying back and forth in a music venue to this one day. – MeanOldPig

An album sixteen years in the making, I had zero confidence Wildflower would ever show up, but here it is. After multiple delays, departed band members, and thousands of sample clearances later, The Avalanches sophomore album finally came to life. While this album doesn’t quite have the flow of their first effort, it is still another monumental achievement in sample-based music given the pitfalls the group experienced over a decade. – hltchk 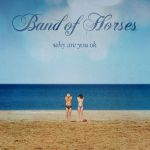 After being let down by Mirage Rock, their last album, I was concerned that BOH would become another formerly great band that I stopped paying attention to. Thankfully, this album felt like a return to what made me love them in the first place: harmonies, super singable pop songs (“Casual Party”), and beautiful soundscapey ballads with lots of “oohs” (“Hag”). You still have my attention, boys – don’t lose it again! – ghostyorb

DIIV’s debut album was a perfect exercise in dream-pop and shoegaze. It was hard to imagine where the would go from there. Thankfully, they stayed put and doubled down (literally, with a double album!). The album can seem long on first listen, but with repeated visits you’ll find yourself pleasantly lost. – djlazybear 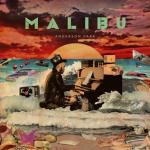 Anderson Paak was everywhere in 2016. On top of releasing Malibu and his collaborative album with producer Knxwledge, Nx Worries, he also featured on numerous tracks throughout the year. In regards to Malibu, there hasn’t been this many dance floor bangers on a hip hop album since Kanye’s Graduation. – hltchk 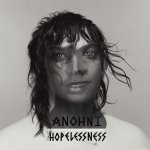 This is a very challenging record, especially in this election year. It’s a protest record with its sights on a multitude of issues: the effect of the US’s drone bombing policies, the impending climate change catastrophe, illegal government surveillance, the Obama Administration’s foreign policy… Somehow, all of this is delivered as a very accessible dose due to her voice and the electronic (almost danceable) accompaniment. – djlazybear 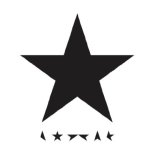 I know, I picked two final albums of deceased greats but it was comforting to know they both went out on top. With Bowie’s Blackstar, we received a final album that keeps on giving, a puzzle-box answer to how The Thin White Duke approached death. Simultaneously depressing but beautiful, the album keeps on giving with songs that truly belong among Bowie’s greatest hits. I find something new on every listen and I couldn’t recommend enough. – MeanOldPig 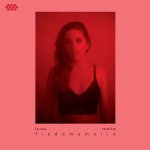 The title of the sophomore album from Sao Paolo native Maita translates, from the Portuguese, into “Thread of Memory.” It’s a hauntingly apt title for a record that seems to connect the classic sounds of Brazil, from the percussive samba to the whispery bossa nova, to the twenty-first century anachronism that is “the modern third world.” Memoria buzzes with urban electricity and spontaneity, all while maintaining that hushed sensuality that is characteristic of the country’s great jazz singers. – MMDG 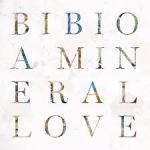 Aggregates are formed when multiple fragments of minerals come together and compress, forming a new, solid material. Bibio’s seventh studio album, A Mineral Love is an aggregate, taking particles from his six previous studio albums and forming them into something new. For those familiar with Bibio’s sound, this album is kind of a retrospection on the techniques and styles in Bibio’s discography. “Wren Tails” has the folky fuzz of Vignetting the Compost, while “C’est La Vie” could be considered a sister-song to Mind Bokeh‘s “Anything New”. A few of these tunes echo the sublime mix of IDM and folkiness that made Ambivalence Avenue one of my favorite albums, but this  one  is driven by vocals and guitar like on his previous release, Silver Wilkinson.

This record also has a side of Bibio we haven’t really seen before. On tracks like “Feeling” and “Town and Country,” Bibio treads into Steely Dan territory, highlighting an inclination toward blue-eyed soul we’ve never seen before. If you’re not down with that, you may not be ready for “Why So Serious?” Bibio’s collaboration with vocalist Olivier St. John. It’s got the claps and staggered percussion of late 80’s /early 90’s R&B, and musically couldn’t be farther from the fuzzy acoustic guitar and sample edits emblematic of his previous works. If that sounds interesting, Bibio followed up the release of AML with The Serious EP, four more songs featuring Bibs and Olivier St. John getting in touch with their inner New Edition, paying homage to Prince and that era of pop/R&B. It’s totally worth checking out for “Night Falls”.

Listening to this album, the lyrics are reflections, thoughts had while looking back on the moments of the narrator’s life. The opening track “Petals” exemplifies that idea really well, accompanied by a somber, finger-plucked chord progression and a psychedelic reverse-guitar track, but listen to “Town and Country, “Feelings” or the title track, and you’ll get that same theme of retrospection. Bibio doesn’t necessarily innovate on this record, but A Mineral Love is an aggregate monument to Bibio’s music so far. In a way, it’s a reminder about progress, how the steps you took in the past got you to where you are today, and that universal theme, along with some blue-eyed soul, makes A Mineral Love Bibio’s most accessible work to date. – tyrannofloresrex