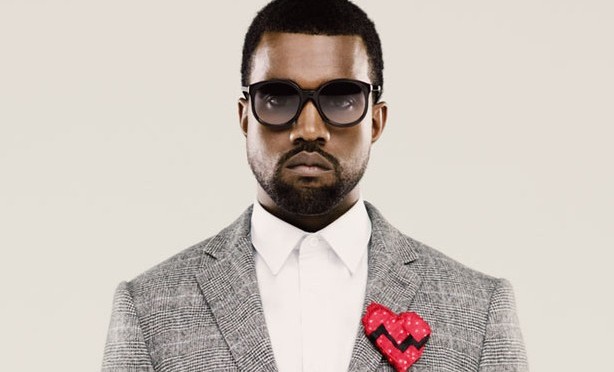 Playlist By Committee is a subdivision of the Institute of Idle Time dedicated to the preservation of the mixtape format. Each month, four governing members and one guest contributor choose a theme and each pick five songs that best correspond to that theme. The songs are then reviewed and ranked by the committee, with the the top songs being added until an 80 minute blank CD is filled. The list is then published via Mixcloud for the listening pleasure of all who seek it. This is our 3rd playlist.

Whether you love him or hate him, Kanye West is one of the most influential figures in music today. In the last fifteen years, he’s released seven solo-albums, all received with acclaim. In addition to his own catalog, Kanye has had his hands all over the music landscape, producing songs for other big artists, contributing verses alongside the likes of Beyoncé, Jay-Z, and Rick Ross, as well as producing for his own independent label (music he later releases for free).

We at PBC are kind of obsessed with Kanye. At least 1/3 of our conversations annually are likely tied to Kanye West, and it’s equally due to his status as an intriguing artist and a loud-mouthed provocateur. I know that pure Kanye can be too rich for some folk, so this mixtape tries to showcase Kanye’s talents as a collaborator, as someone with strong musical sensibilities who can tailor-make beats to bring out the best in other artists, while he takes on a supporting role. However, whether he’s behind the scenes producing or just making a quick cameo on a song, Kanye’s influence can’t be diluted, and a lot of songs are better off for it.

If every song he works on is like a crime scene, Yeezy always leaves  behind a healthy helping of his genetic material, leaving no doubt to trained listeners who’s responsible for the dopeness they’re hearing. If I can take that metaphor further, we at PBC are like the CSI team that collects all the important clues and compiles them into an easily digestible report.

For our guest this month, we needed someone with a comprehensive knowledge of Kanye’s body of work, and in Dave Fernandez’s case, Kanye’s body. And his brain, too. Dave loves just about everything to do with Kanye, to see how excited he gets breaking down albums is to experience childlike wonder, which of course makes him the ideal guest collaborator.

Some of you will hate Kanye no matter what he does. Those haters should probably just skip this month’s playlist and touch back with us again later in June. For those of you who are moderately interested in Kanye, or if you’re a die-hard fan looking for an interesting retrospective, PBC proudly presents our third official mix: Yeezy Taught Me.

Tyler rolls his sleeves up and goes for it on a chill beat. Yeezy has some fun and gets to say Jerome, which he loves. Lil Wayne shows up too just because. “Put that cow on my level / cause I’m raising the stakes” -IP

Kanye brings a simple beat that allows CuDi and friends to flow freely. Common lets loose on his verse, while Yeezy uses his “Ma$e flow” to deliver one of his best features. “Get up on this conscious dick” is fine writing. -IP

Every once in awhile I would see Child Rebel Soldier pop up on liner notes or hear them referenced during a song.  Turns out it’s the collaborative work of Kanye West, Pharrell, and Lupe Fiasco.  Mostly a Lupe project, it took true form with the inclusion of Pharrell. So just about all you could ask for.  This one song was their major release.  The tragedy is that we never got a full album from them while they were all in that place of their creative careers.  -DF

A$AP makes chill as hell music. I love this because it reminds me of old Kanye, just hang out music. It’s like a weird hypnotist trying to get everyone in the room to calm the hell down. Love it. -BC

I didn’t know that Kanye produced this song until recently, but I wasn’t surprised. It has so much in-your-face swagger that it had to be a collaboration between two of hip-hop’s loudest personalities. If you read the lyrics without hearing Luda’s voice, you’d swear all the words came outta Yeezy’s mouth. -RF

I like Estelle mostly for her role on Cartoon Network’s endearing series, Steven Universe, but back in ‘08 this was the jam! I was studying in the UK a few years after this song came out, and it was still an anthem for all of the US exchange students. I love it when Kanye references Ribena, because I really do know what he’s drinkin’! -RF

I wish this had been on My Beautiful Dark Twisted Fantasy.  It could be a kind of call back to “Diamonds From Sierra Leone” on Late Registration. I’m a bit of a sucker for songs that switch tone ( i.e. many Arcade Fire songs). Kanye switches from the primary “Power” beat to a piano, finally wrapping up with a call back to the original theme, all while delivering some of his smoothest stylings, a technique that gets to the very core of me. This guy uses Schrodinger’s Cat to give us relationship advice! I near sent him a “Thank You” letter for this song.  Oh yeah, and Jay-Z is there, too, in the beginning somewhere. -DF

There was a time when I was all about Twitter, and to me that was also when Kanye was at his Twitter-best. It was during that time that he gave us the gift of “G.O.O.D. Fridays.” Collaboration-songs that Kanye himself decided I should have for free?  It was just what I wanted.  With this, we also got one of my top-five Kanye flows.  The fact that he takes the reigns from the beginning and goes two verses without hooks is impressive. The addition of mentor, Talib Kweli, and protegé, Consequence, gets the best out of an already great Q-Tip beat. -DF

For each playlist, we usually include a bonus track that is indisputably necessary to fulfilling our theme, and we chose “Get By” thinking it was Kanye’s first credited verse. However, after further investigation, IP found that Abstract Mindstate’s, “Welcome 2 Chicago” is actually Kanye’s first appearance, but “Get By” has an all-star cast, which includes Busta Rhymes, so why don’t we just say this is Kanye’s first DOPE credited verse. -RF

It makes sense that Kanye, as a producer, would want to write a song for a summer blockbuster movie. However, this song’s tone seems at odds with J.J Abram’s Mission Impossible 3. Can you imagine this playing right after Keri Russell’s brain explodes? No no, this song just ran over the credits, and it never got much radio play, despite only having a radio edit, but that doesn’t matter. Twista dazzles as always, and this song features a great vocal arrangement and horn mix that’s emblematic of the production on Kanye’s “College” trilogy. -RF

I first heard this song on a musical segment of Chappelle’s Show, and it’s the song that made me a Kan-vert. Narratives on street hustling are the bread and butter of rap lyrics, and Common’s take on a classic dish is freshly self-aware. Throw in Kanye’s alternating samples of fellow Chicagoans, The Chi-Lites, and Otis Redding’s “Nothing Can Change This Love,” and you’ve got a classic song that essentially celebrates the tradition of songs just like it. -RF

You will need to make sure you have a TIDAL subscription if you’re planning on getting your damn hands up. -MH (Can’t even find a studio version on Youtube)

Kanye is great at inventing words. Swagú (rhymes with Ragú) is another fine example of his skills. Beyoncé flexes her harmonic chops for a chorus that shows both how far she has come, and how close she has always been to her R&B Girl Group roots. André 3000 is never a disappointment, and frankly often appears on songs that don’t deserve an appearance of his caliber, but here he fits in perfectly. -IP

Maximum level Kanye.  Making a pretty good joke, making sure the listener understood said joke, and then laughing at it is probably the most Kanye of  Kanye things.  While I’m not the biggest Big Sean fan, this album, Finally Famous, is a favorite of mine.  The influence of Kanye is all over the album, which makes sense since he had just signed Big Sean to the G.O.O.D. Music label.  After you listen to this song, you start hearing Sean all over Cruel Summer. -DF

“Niggas in Paris” may be the crowd favorite off of Watch the Throne, becoming a national pop sensation while revitalizing interest in the fish filet. “Otis,” however, is much more representative of what the project is about as a whole, delivering equally solid performances from both Jay Z and Yeezy. By this point in his career, Jay Z has mastered the art of self-congratulation with charming smugness, but Kanye’s sense of humor and signature soul production are what really steal the show. -RF

First off, I have to say that I like Nas a helluva lot more than Jay Z. While that may seem weird since I picked this song, the Kanye beat is one of the dopest things he has ever made. The sample is legendary. It makes you just want to fight, and it gets me every    time. -BC

Thundercat adds some moody jazz bass to the largely atonal original song. For some reason this seemingly clashing mashup of styles works quite well. No surprise that a year after this remix was released Thundercat would be a contributor to Kendrick Lamar’s masterpiece To Pimp A Butterfly. -IP