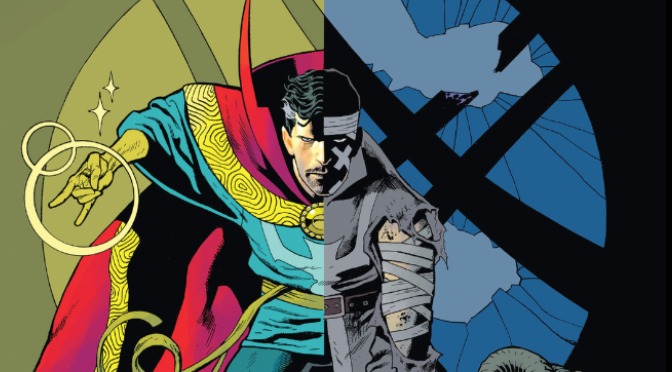 Somewhat overlooked amidst Marvel’s Civil War II blitz and impending Marvel NOW! initiative is the new Doctor Strange, emerging from Aaron and Bachalo’s recent arc as one of the most promising and exciting takes on the character in decades. Obviously we have the new movie to thank for Marvel’s attention, but this rejuvenated Sorcerer Supreme was long overdue regardless. This week’s Doctor Strange #11 serves as an interlude between last month’s conclusion to “The Last Days of Magic” and next month’s multi-title NOW launch. This is no mere filler issue, however, as Jason Aaron formerly introduces us to the new status quo in Marvel’s magical universe. And, in no uncertain terms, the “new face of magic.”

Leonardo Romero provides the art for the present day sequences: a composed, almost minimal counterpoint to the frenetic, hyperactive aesthetic realized by Chris Bachalo, back before Strange & Co. fought off The Empirikul and pushed the reset button on our universe’s magical hard drive. Aaron, like Jonathan Hickman before him, is a Bond villain of the Marvel Universe, successfully razing the world in order to let it grow anew. Unlike Hickman, however, Aaron is still in the driver’s seat, and seems to have big plans for the good Doctor, along with all of his magical friends.

One of the best elements that Aaron and Bachalo have brought to this new volume of Strange (which featured in our Top 10 of ANAD releases), is the way in which they reined in the otherwise unbounded power potential that too often detracts from magical superhero stories. All magic comes at a cost, as we learned, and oftentimes it’s just as easy to clear a path through psychic vampires by swinging a giant axe, or a baseball bat covered in enchanted barbed wire. 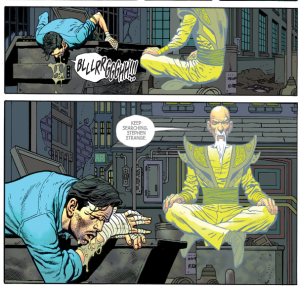 This issue also features the brilliant Kevin Nowlan, who provides the artwork for the flashback sequences. As set-up goes, both for new readers who either jumped on a year ago during the All New All Different relaunch, or who will be checking in once the movie’s hype engine hits fifth gear, this is perfectly measured origin-story narration. Ruined hands, a little astral projection, an Ancient One sighting, and, perhaps most importantly, given both Cumberbatch’s antagonist as well as the imminent comic book arc, a subtle reintroduction to the villainy of Baron Mordo. 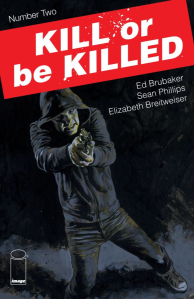 Image Highlights
Ed Brubaker and Sean Phillips added more Eisner hardware to their trophy case last month, and they’ve kept the pedal to the floorboard with their latest Image series. Kill or Be Killed #2 is out this week, and their take on vigilante justice is equally entertaining and chilling. More so than his crime fiction or period pieces, Brubaker’s dark humor rises to the forefront as he pulls into the first-person perspective of a poor bastard with a demon for a guardian angel. Spared from a suicide attempt, the demon now demands payment: kill for him, or die. Frank Castle never had to struggle so mightily with his conscience. Then again, Castle probably never whined through a life full of pot-smoking and awkward interactions with the opposite sex.

DC Rebirth: Week 16
Since booting Martian Manhunter and making Cyborg a Justice League founder, DC has always been lacking in trying to establish him as a central part of the DCU. This book does a good job of showing where Victor has come from, but lacks a sense of character development needed to propel him forward. We need more of Vic himself in the book dealing with his surroundings. Hopefully the first issue of the main series has more of that and less voiceover. I do find the reveal to be very promising. The idea that Vic may just be a copy is a very Alan Moore/Swamp Thing idea that could take us to some cool places and I hope that they follow through on it. Give us some existential drama! Also am I suppose to know the bad guy at the end? Or is there another black cyborg man running around that has never been seen? – MeanOldPig