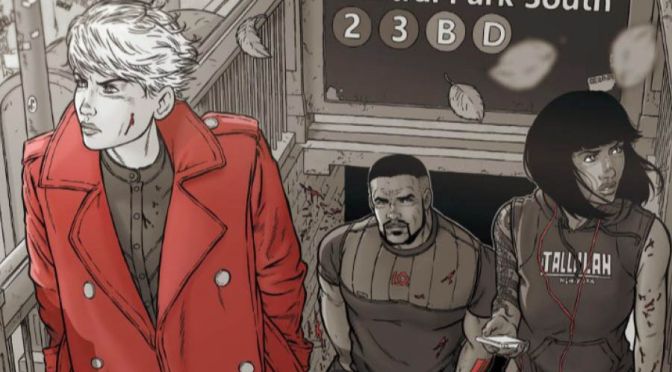 There have been lots of exciting changes over at DC comics in recent months. New projects, new initiatives, and new directions. While some endeavors have been more successful than others, the effort is appreciated, and, with their latest project kicking off this week, it seemed like a good time to engage my admittedly annoying habit of couching everything in a best-thing-since-that-thing comparison.

Despite its commercial success, the Rebirth initiative might be the fourth-best thing the comic book publisher is doing right now. And I’m not even talking about the death-rattle-days of Vertigo. Gerard Way’s Young Animal is arguably batting a thousand: with his Doom Patrol leading the way, the imprint is four for four, hearkening back to the days when Hellblazer, Sandman, Shade: The Changing Man, and Grant Morrison’s Doom Patrol pushed the boundaries of mainstream comics.

While I still have mixed feelings regarding the monthly efforts surrounding DC’s sacred pantheon of superheroes, the publisher has a knack for putting together projects that allow great creators to showcase their love for great characters, outside of regimented continuity. Kamandi Challenge, for example, is a brilliant idea, and the first time I’ve been excited about pass-the-baton comics storytelling since Spiegelman’s Narrative Corpse. This particular celebration of one of Jack Kirby’s most beloved creations is one of the most entertaining superhero endeavors DC has pulled together since Wednesday Comics.

And now, this week, DC gives us something else to get excited about. A rebirth no less significant, a re-imagining of the WildStorm universe, spearheaded by Warren Ellis. 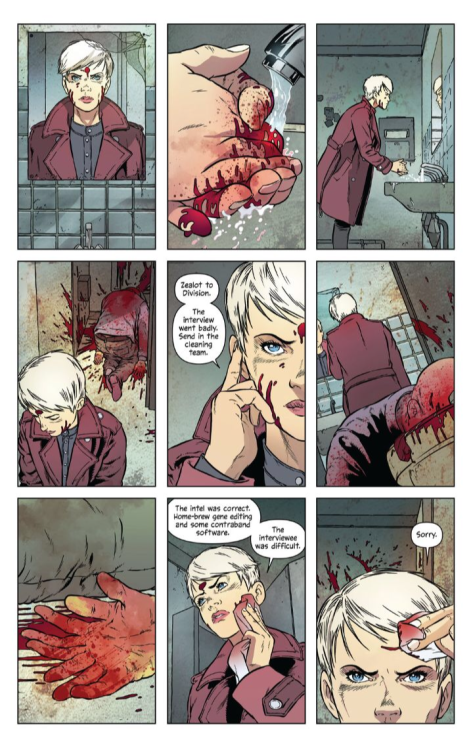 With the very first page, Ellis makes it clear that, while these may be characters and situations you’re familiar with, this is an entirely new beginning. When Zealot wipes the blood of her brow, it’s a clear nod that the character’s prior design is getting a fresh start. Not unlike Marvel’s Ultimate imprint, or the introduction of characters in a CW television series, long-time fans are rewarded with little toasts to fandom.

But that doesn’t mean you need to know anything about WildStorm, or Ellis’s past experience in crafting it, before diving into this first issue. In fact, Ellis makes it clear in his afterword that this re-imagining of Jim Lee’s brainchild is intended to be a perfect jumping-on point for new readers. We’ve heard this before — most recently with Marvel’s All New All Different and DC’s Rebirth initiatives — but as our Idle Time focus groups can attest, that statement rarely holds true. In this case however, a concerted effort is being made both with the Ellis-scripted central title, with a planned run of twenty-four issues, and the affiliated series, to not only craft a comic book universe that can be accessed by a modern audience with any level of familiarity, but a universe perfectly attuned to our modern era. If Ellis’s past work on titles like Planetary and Transmetropolitan feel disturbingly prescient in 2017, give The Wild Storm #1 a look and prepare to be transfixed. Conspiracies, neo-humanism, alien subversion… it’s the most fun you’ll have being terrified of the future since The Invisibles, and the best thing Ellis has been a part of since… well, since the last thing he did, I guess.