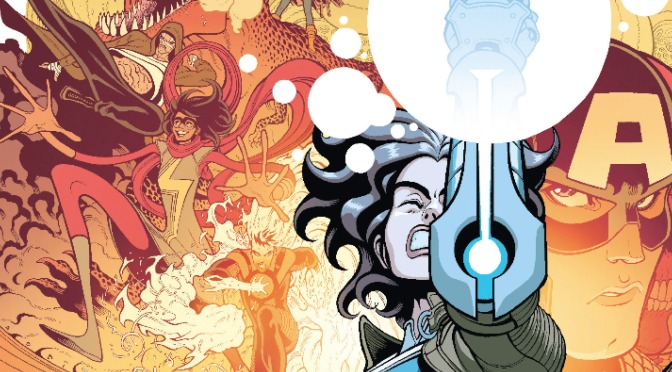 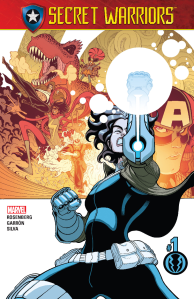 We’re in week 7 of Marvel’s ResurreXion initiative, the mutant and Inhuman refresh that rose from the ashes of the IvX clash. And while the X-books are enjoying some well-deserved attention, they still are basically left to operate in their own arena, while the Inhumans, as the latest property darling of Marvel Studios, continue to be shoehorned into every event and cross-title storyline they can. Case in point: the new Secret Warriors book by Matthew Rosenberg and Javier Garrón. Directly connected to the Secret Empire event, Daisy Johnson, AKA Quake, rallies a team of fellow Inhumans to oppose the Hydra takeover and occupation.

As Rosenberg will admit in his afterword to issue #1, he’s a relative newcomer to comic book writing, with even less experience working in the superhero genre. But he, like many of us, grew up with Spider-Man, Fantastic Four, Captain America, and all the rest of those wonderful larger-than-life members of the Mighty Marvel pantheon. His reverence shows; his enthusiasm is obvious. And fresh off the Rocket Raccoon and Kingpin series in Marvel’s recent NOW! relaunch, not to mention the outstanding 4 Kids Walk into a Bank for Black Mask, Rosenberg has pulled together a very intriguing roster for his first full-on foray into capes-n-tights team books. 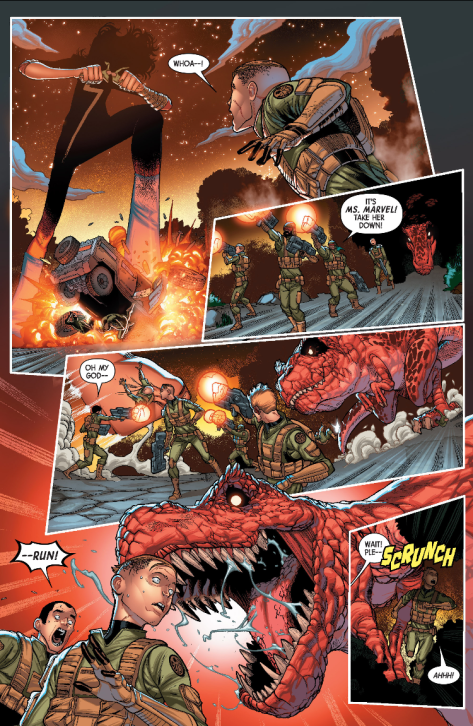 Quake takes center stage, serving not only as the sole carry-over from Jonathan Hickman’s original Secret Warriors book, but also as an attempt to maintain a comic book universe connection with a character popularized by the Agents of S.H.I.E.L.D. television show. It’s easy to forget that Daisy Johnson was a comic book creation first, since she was largely under the radar until the show debuted, but her staying power, particularly in this series, is profoundly aided by her larger Marvel media presence, in a way that never seemed to work for Phil Coulson or the new Deathlok. Plus, Rosenberg seems to have taken to her immediately.

The other Inhumans she has rallied to her cause include the indomitable Ms. Marvel, who wins the award for most affiliate appearances by a Marvel character not named Deadpool; Moon Girl and Devil Dinosaur, who have been kicking ass in the most underrated Marvel book of the last two years; Karnak, who isn’t off in space with the rest of the classic Inhumans; Inferno, the lone holdout from the nuHuman rollout and lovingly christened “The Inhuman Torch” by team leader; and, of course, the mysterious yet-to-be-named future member. As getting-the-band-together intros go, this one is fairly formulaic. But the team itself, with Quake and Rosenberg captaining the ship, has me pretty interested in the long-term ride.