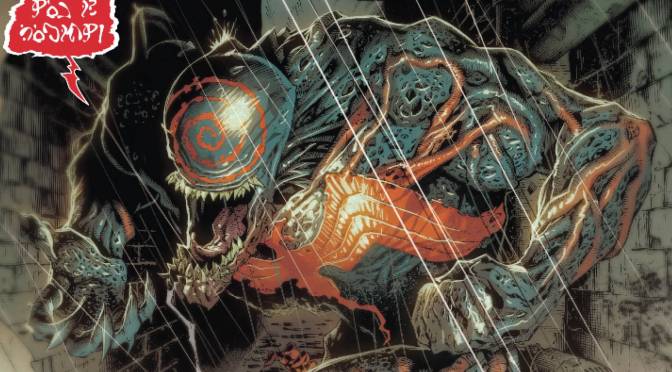 Week two of Marvel’s fanfare-minimized “Fresh Start” continues with the release of Venom #1, by Donny Cates and Ryan Stegman. Everyone’s favorite symbiote has been riding a tidal wave of media buzz in recent months, primarily centered on the character’s 30th anniversary and the forthcoming movie. And while it’s a little difficult for me to understand Venom’s massive appeal (I admit I am equally dumbfounded as to why Deadpool is so popular), I can fully appreciate that an attention-grabbing title like this allows the publisher to attach first-rate talent to its series reboot. Case in point, rising star Cates, and the immensely talented Stegman.

For an absent reader like myself, I’m even more appreciative of the fact that this creative team is circling back to a few Venom fundamentals while still moving forward with their own unique addition to the symbiote mythos. After sojourns with Mac Gargan and Flash Thompson (and who knows who the hell else during that Venom, Inc. event), the original alien is back with Eddie Brock, and he has that “Lethal Protector” mindset that seems to align directly with Tom Hardy’s portrayal later this year. But what I really dig is the idea that Cates & Stegman have seemingly readdressed the enigma of the symbiote, and its connection to some sort of ancient evil, lurking for centuries. Everything about the recent Klyntar background revelations, whether from Guardians of the Galaxy or Venom: Space Knight just felt wholly uninspired and, frankly, seemed to detract from the mysterious nature of this character’s alien origins. 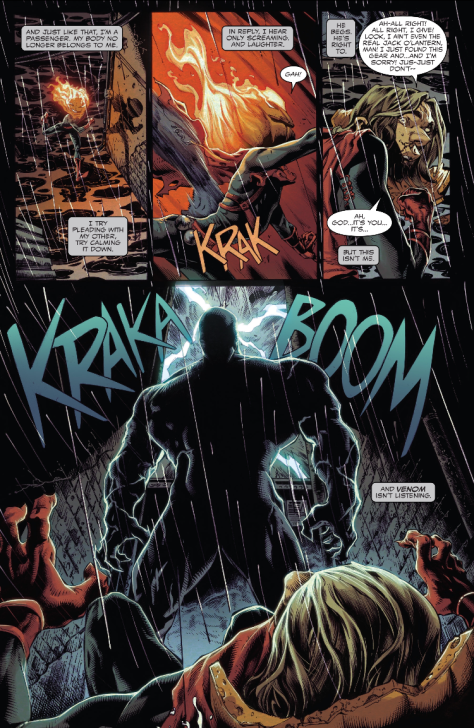 Donny Cates has been killing it for Marvel in recent months. His work on Doctor Strange and Thanos has been terrific, and especially impressive given the fact that he had some tough acts to follow, in Jason Aaron and Jeff Lemire respectively. Ryan Stegman has been woefully missed since a gorgeous run on Superior Spider-Man some years ago. Together, these two have taken a character I began to care very little about, and suddenly made him intriguing all over again. If that’s not the motivation at the heart of a “Fresh Start” initiative, I don’t know what is.