Idle Time officially recognized the Swedish invasion back in ’06 when we crowned Peter Bjorn and John’s Writer’s Block as our number one record, but whether or not it has concluded is debatable. I’m sure Isey could give an educational sermon on how it’s not a true “invasion”, especially when comparing it to the British Invasion of the 1960’s, but since we’ve elected a Swedish record or two on every subsequent annual Best Of, there’s definitely evidence in favor of our friends up North. One of those offerings in 2010 is Clinging to a Scheme – an album that’s genius slowly sinks in after multiple listens. It’s sometimes hard to tell if Swedish bands are truly brilliant or if there are happy accidents that arise due to the language barrier. The songs imply a clinging to a scene more than a scheme (but maybe that’s the theme?), as indicated by the opening track “Domestic Scene,” where singer Johan Duncansson laments a life of domesticity in favor of chasing an unnamed social strata. Is it popularity? The brilliant single, “Heaven’s On Fire” rejects the commodification of art while acknowledging how awesome pop culture is, and this conflict between doing something cool and being acknowledged for being cool persists throughout the  album, notably in “Never Follow Suit.” Even though this band has been around in various incarnations since 1995, Clinging to a Scheme is not just a critique of popular music and the industry. It’s sweet and dreamy music. “David” and “The Video Dept.” are meditations on love and loss, tapping into the universal sense of longing that makes great pop music. They’re not particularly skilled  in a technical sense, but they know how to entrance their audience. Shoegazer riffs and heartbeat-like synth sets a beautifully mellow tone for the album. As long as Sweden keeps pumping out bands of this quality, they’ll continue to be on our lists.” – RF

I don’t care what their Facebook says, these boys are from Berekely/Oakland/San Francisco Bay Area, and Cali  gets to claim them (fuck you, Brooklyn). Check this record out and you’ll see why I’m so enthused.  Their playing style is reminiscent of 60’s American rock, with simple yet memorable melodies, but adapted for the twenty-first century. Sure,  Girls (see #21) do something a little similar, but this record fills a room much better, and Chris Chu’s vocals are  less abrasive than the plaintive Christopher Owens, but maybe that’s your bag. Big Echo is break up record, but I find it a little odd. It begins recalling the peak of a relationship as two people come together, then deals with the process of splitting up and what that does to those two people.  Chu consistently uses “we,” the plural first-person, to unify these separated lovers as sharing an equally devastating experience. What I like most about this album is that it doesn’t sound mopey. Sure there’s melancholy in the the lyrics and harmonic moans, but this is kind of a surf-rock break-up record. “Cold War” exemplifies this idea perfectly. I can’t rightly say much about this bands progress since I haven’t checked out their first record, but I’m very impressed with this intricate sophomore release. – RF

It’s business as usual on Chromeo’s third LP with heavy synths driving these dance club anthems. Regrettably, Idle Time neglected Chromeo in ’07 with their breakthrough album, Fancy Footwork (you may remember a seriously bitchin’ album cover homage, Bromeo, done by our boy tune wonder), but I suppose inclusion on this year’s list rectifies that mistake. To put it succinctly, just think of Chromeo as the latest incarnation of Hall & Oates with P-Thugg rocking the keyboards and talk box, while Dave 1 plays the charismatic, guitar wielding frontman. Although, Business Casual is a bit more Saturday Night Fever than Private Eyes: more disco-style percussion, and guitar riffs so cheesy that it might cause you to cringe while you cabbage patch. But that’s all part of the charm. When P-Thugg echoes “highfalutin ways” on the talk box during “When the Night Falls,” the effect is worth a chuckle.  This record is about having fun. Whether it’s the initial meeting of two soon-to-be lovers or another fight in a tumultuous relationship, life revolves around the dance floor. Problem’s seem to be caused and resolved while getting down, and as songs like “Don’t Turn the Lights On” and ‘When the Night Falls” suggests, in Chromeo’s world all of the good things in life happen in the dark. “I’m not contagious”, Dave 1 professes on the song of the same name, but his hooks are most certainly infectious. The album falls apart a bit towards the end, but the first 2/3’s are meaty enough to make it a contender for the party album of 2010. – RF 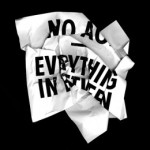 37. No Age – Everything In Between

These noisy little bastards finally wised up and delivered the record we’ve all been waiting for… well, at least the one I’ve been waiting for. They’ve eased off the noise a
bit and allowed the pop that was always there to shine through a bit more. Don’t’ worry, the pounding drums, fuzz, and obscured vocals that we’ve all come to adore are still here, but the hooks are more prominent and the choruses are bigger. All this adds up to an infectiously joyous and accessible record. – WH 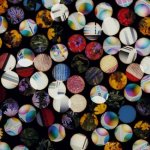 This mostly instrumental album is the perfect temperature: chill. The synths are soft, the vocal samples are smooth and the beats are groovy. It’s great to listen to while working because it’s not too distracting. The long songs remain focused while moving forth and adding new elements and straying away from boring repetition. The highlight is the catchy and danceable Sing. For many people the most memorable part of music is the singing. Four Tet (Kieran Hebden) has a funny way of saving the vocals until the height of energy in a song. Upon repeat listenings you’ll remember the airy vocal samples but he keeps you waiting for when they drop in. An emotion that sums up this album is quiet joy. -DH 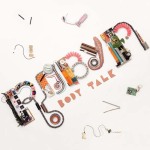 It’s hard to imagine the kind of problems females artists have while trying to break into the music industry. Right now, there is a plethora of female pop power on the airwaves; just think about Ke$ha, M.I.A., Nicki Minaj, Lady Gaga, and Beyonce and how much their popularity is not just dependent on their music (though it is the most important part), but also their style and personality. Maybe it’s Robyn’s experience in the Swedish music scene that allows her to easily find a place among her contemporaries. Body Talk was originally divided into two albums, but this final compilation contains the high points of both parts. What is striking about this record is how Robyn  explores genres. The nature of pop music is elastic and it’s hard to pin one definition to it, but I’m surprised out how many styles are on this record. The minimalist electronica of “Don’t Tell Me What to Do” is typical of the monotony of the genre, but she playfully uses the repetitiveness to imitate the frustration of being told the same thing over and over again, and in the break down relieves the static music and drops the hook: “Don’t fuckin’ tell me what to do!” That may not seem impressive, but it’s a thoughtful piece of music in a genre that is about immediate gratification. “Fembot” demonstrates Robyn’s rapping ability, which is fantastic, and her radio gems “Dancing On My Own” and “Cry When You Get Older” are anthemic without being overly sentimental. The dub-step groove, “None of ‘Dem Boys (featuring Royksopp)” is the kind of Euro-pop candy that was missing off of M.I.A’s 2010 offering, proving that for just making her debut on the American scene, Robyn is a seasoned pro. – RF 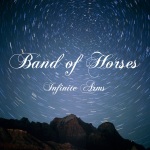 It’s not uncommon for a band to develop and grow from their first album to their third, but Band of Horses does it the hard way — by changing almost their entire line-up between each album, the only constant being co-founder Ben Bridwell. He seems to think this version will stick, and I hope so, as this is Band of Horses strongest effort to date. Like an aural version of those old 3-D posters, if you squint (with your ears? this metaphor needs work) past the beard-y folk jangle (which can be quite beautiful in its own right), you’ll find arrangements of surprising muscle, using a much broader sonic palette than their earlier work.  – MI

Yeasayer has got to be the most futuristic band on this list, which is why I love this album. There are so many sound effects, weird electronic noises, production techniques, unidentifiable instruments, vocal processes, and the band wrote some pretty fun songs too. The singer has got a great voice with lyrics that are sometimes righteous, other times obscure. The album was self-produced, which commands mega respect after hearing how they transformed the bland demo version of O.N.E. to the crazy night club final version.  Their music videos are also incredibly awesome, bizarre, psychedelic and futuristic. Check out the video for O.N.E. This is the kind of world that I dream about… just look at their instruments. Pyramidal keyboard! – DH 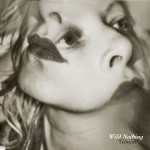 Following on the heels of the Pains of Being Pure at Heart, Wild Nothing is latest band with a fetish for 80’s dream-pop. Like their contemporaries, these guys love them some Echo and the Bunnymen, New Order, Johnny Marr, and all things shoe-gaze. Combine that with great songwriting and you’ve got all the things I adore. I hope they never get off this wave. – WH 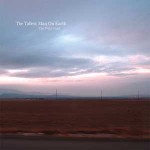 31. The Tallest Man On Earth – The Wild Hunt

Let us go then, you and I, to that time when a relationship or experience marks a turning point, and we can no longer imagine life as we lived it before that moment. The Wild Hunt is all about that point when every moment is the greatest/worst moment of your life, every romance burns brighter than the last, and our stories play out like perfect movie scenes. Unfortunately, we all will eventually settle and become little Prufrocks, but the memory of the wild hunt never fades. Everyone needs this record in their life. – WH

This site uses Akismet to reduce spam. Learn how your comment data is processed.