In his second installment of This Used To Be My Playground, Uncle Isey comments on the growing pains experienced by the segue period into each new decade.  2010, despite its efforts to kickstart a new era (what’ll we end up calling this? The teens?  The tens?) will undoubtedly still bear many distinctive connections to the aughts. And when not locked in this identity crisis, wavering in our future reflections as the Year Without a Decade, it’ll likely be referenced in the history books for things like a Haitian disaster, Icelandic volcano, and a Mexican Gulf tarring.

Being ever the optimist, however, I have quickly pulled together a list of things for which 2010 will be remembered quite fondly, at least in my mind.  My Top 5 2010 Highlights.

5. Epic Awesomeness at The Movies

There are certain years that bear rather immediate associations with some of my favorite films.  1977, 1994, and

1998, along with whatever else was going on at the time, will always make me think of Star Wars, Pulp Fiction, and Shakespeare in Love. This year we were treated to not one, but two future classics: Edgar Wright’s Scott Pilgrim Vs. The World and Christopher Nolan’s Inception.

Comic books, video games, and rock n’ roll. The only thing that could have made Pilgrim more endearing to me personally would have been folding in baseball and staging it in Sweden. And as much as I enjoyed Bryan Lee O’Malley’s original comics, this film is truly a rare feat: a movie that might actually be better than the source material.

END_OF_DOCUMENT_TOKEN_TO_BE_REPLACED

The Institute’s comics department may receive far less attention than its audio/visual brethren, but as department chair I will continue to extol the virtues of the medium to any and all mildly interested parties. When compared alongside music and film, comics does require the most human interaction, particularly in the sharing of discoveries. If Professor Flores was particularly excited about a movie, you might add it to your Netflix queue. If Dr. Howell was adding an LP to the fourth quarter syllabus, you might download it wirelessly to your iPhone. But if I want you to read the new Chris Ware book, you’re going to have to set foot in a bookstore, or, god forbid, a comics store. The twenty-first century has not devised an effective means of disseminating or reading comics digitally. Not to say it won’t happen… but chances are, for the foreseeable future, your best bet is to borrow my copy. And maybe we’ll get coffee too.

It seems rather fitting that the finest graphic offerings of 2010 are all achievements in comics storytelling and craft. It’s hard to argue that comics can accomplish things that other media cannot, especially when comics-in-adaptation are all the rage these days. Scott Pilgrim was one of the best movies of the year; The Walking Dead is a new AMC hit; and Disney’s new Marvel properties are toy shelf gold. These five books, however, need to be appreciated in the form the artists intended.

The Top 5 Comics of 2010
END_OF_DOCUMENT_TOKEN_TO_BE_REPLACED

END_OF_DOCUMENT_TOKEN_TO_BE_REPLACED 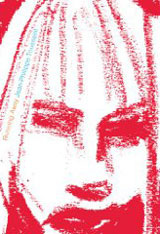 If I was to do this sort of thing, I might award this novel by Belgian author Jean-Philippe Toussaint my Book of the Year.  In so doing, I’d explain, on behalf of the Institute’s Accolades Committee, how a book originally published in France in 2004 and released in its English translation in 2009, could somehow be eligible to receive so important a distinction in 2010 which, incidentally, if I was to do this other sort of thing, would be on a very short list of nominees for the greatest year there ever was.  At least in my lifetime.  Two thousand ten.

Running Away is a frenetic ride from Paris to Shanghai to Beijing to, finally, the island of Elba.  The motivations and developments governing each step of the journey are often as cloudy and mysterious as the nameless narrator himself, driven from one page to the next by pure emotion and “dream-like pleasure, distant and hazy” (p. 54).  The entire novel zips by in that same haze, the kind of jet-lagged confusion that makes a traveler look back on the last twenty-fours of transit — connections, disconnections, meetings, and meals — as if it happened to someone else, or to a younger you a lifetime ago.  The narrator becomes that someone else, and even if we’ve never had similar experiences in our past from which to draw vague recollections (I’ve never been to China, so apart from the cities in Elba bearing sharp similarities to small towns along the Italian coast, I’m in uncharted territory), the emotions are all recognizable.  We’ve all felt confusion mingled with fear, sadness drawn from loss, and, most significantly, passion sparked by spontaneity.

END_OF_DOCUMENT_TOKEN_TO_BE_REPLACED

I’ll confess that, initially, I wasn’t overly excited about the forthcoming Tron sequel, despite fond childhood memories of both the original film and the video game.  Then I saw the full-length trailer and caught my first glimpse of “the hot doctor from House” squeezed into her neon-accented black futurefabric.

There’s something to be said about costuming.  Take Carrie Fisher, whose otherwise simply cute-and-feisty Princess Leia took a turn into Sexual Fantasy momument thanks to a metal bikini and Jabba’s leash.  Or a less obvious example, from the other side of the coin: Bridget Moynahan should have made this list, but every outfit she parades out in I. Robot makes her look like the frumpy sidekick whose job it is to accentuate the allure of the more attractive leading lady.  Except there is no more attractive leading lady.  Just Will Smith perpetually shirtless and showering without a curtain. No wonder this movie tanked.

Back to my point — Olivia Wilde, I now know your name.  “Ryan’s edgy girlfriend from The O.C.” no longer.  And once I’ve seen the movie in its entirety, you’ll even be eligible to make my…

END_OF_DOCUMENT_TOKEN_TO_BE_REPLACED

Allow me to apologize for the fact that my first real blog post is nothing more than a re-post of an old entry from another site, with some minor edits and an addendum.  I needed to get something on here to get the ball rolling… and that other site, being a paid membership site, is soon going to have one less member.  I felt the need to preserve some old ramblings.

My “wasted” years at UC Davis studying biological sciences elicited little more than an unreasonable fear of hydrochloric acid and a passionate distaste for scan-trons. I spent three years taking as many liberal arts classes as I could enroll in just to keep my GPA up, before it finally occurred to me that I’d simply be better off changing majors.

Always one to make the best out of any given situation, I have recently revisited some of my college coursework. Some quarters were less mind-numbingly dull than others. You won’t be privy to any eight-year-removed insights into paleobotany (easily the worst class I ever passed), but you are about to benefit from this little life-changing revelation.

END_OF_DOCUMENT_TOKEN_TO_BE_REPLACED

And, really, who doesn’t?  After Google Groups and Blogspots and a half-assed attempt at creating a website, The Institute is revving its WordPress engine.  Bookmark accordingly.