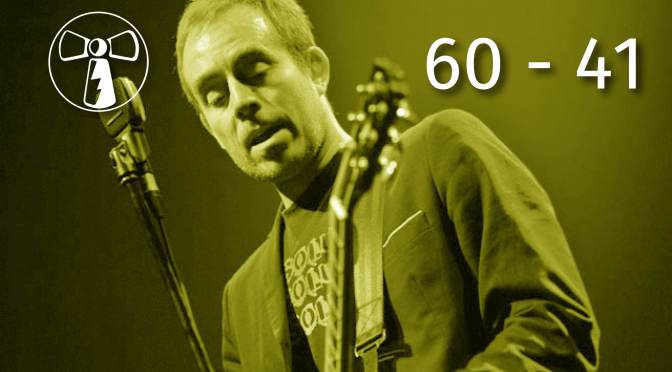 At one point, we entertained the idea of rouletting the entire list of 150 songs, forgetting that the process employed to order the 400 all-time favorite albums of the Decades project took several months of card-shuffling in locales all over Northern California. None of us are very good at math, but after postulating some variables and discovering that 150 songs would take somewhere in the neighborhood of thirty hours to complete, we opted for a plan B. The bottom hundred tunes would be ranked by silent ballot, while the top 50 would be subjected to the live bonfire frivolity. With one exception: any song that was ranked number one by an individual on his or her list would automatically be bumped up into the roulette. Enter The Killers, making this mix installment the first to feature an Idler’s favorite song. We also get the first taste of Ted Leo, one of the patron saints of The Institute.

END_OF_DOCUMENT_TOKEN_TO_BE_REPLACED

The first round of matchups in our Tune Tournament is going live. Below, vote on four of the eight matchups in the Scandinavia region. MH’s very first response, after we did the seeding last week, was: “OH NO! Todd Terje versus Jens Lekman?!” Yeah man. Someone’s going home early.

The SCA region favorite “Full of Fire” from The Knife’s 2013 LP Shaking the Habitual takes on a newer release, “Night Games”, by Danish duo Darkness Falls.