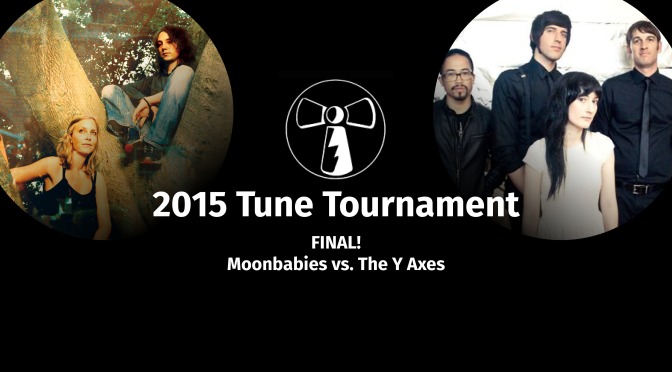 It’s finally here; the Championship round! In June we launched the very first Idle Time Tune Tournament, and I have to say, it’s been a rousing success, with plenty of drama and spectacle. We’ve had big upsets, come-from-behind victories, and some truly great match-ups. 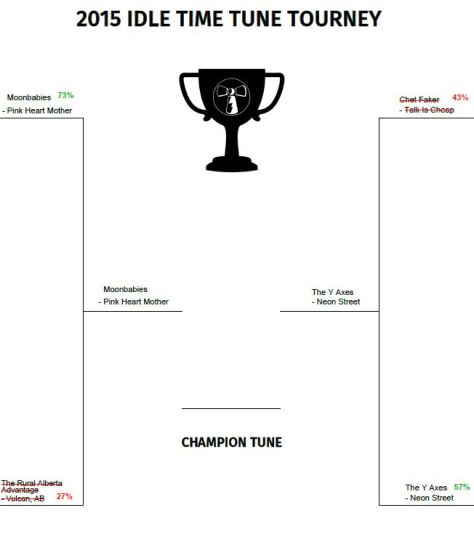 The Y Axes were once again up against stiff competition in the Final Four, facing off against Chet Faker’s “Talk Is Cheap,” but “Neon Street” continued it’s most impressive run and is one win away from being crowned Idle Time’s first Tune Tourney Champion.

Standing in their path to glory is Moonbabies. While the Y Axes have had their fair share of close calls throughout the tournament, the Swedish pop duo have been utterly destroying their competitors. Canadian finalists The Rural Alberta Advantage could not stand in their way and Moonbabies ended up defeating their track “Vulcan, AB” with over 70% of the votes. Does “Pink Heart Mother” have what it takes to win it all? Only time will tell.

The polls are open, who wants it more?!