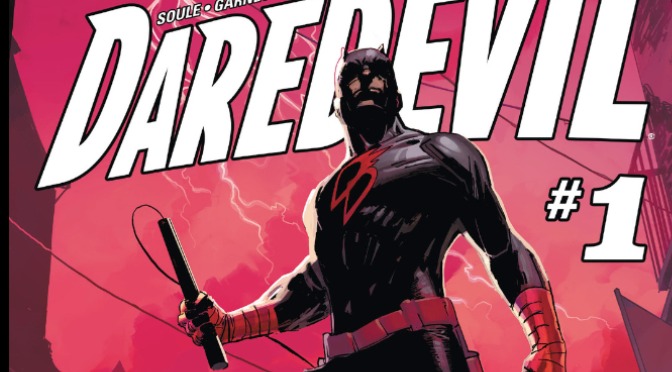 This is the biggest week yet in Marvel’s relaunch initiative. Seven premieres, combined with the same number of continuing books, account for fourteen four-color forays into the All-New, All-Different universe.

Among the new series making their debut in week nine: Dan Abnett returns to the cosmic team book he helped make famous with Guardians of Infinity; Frank Cho is illustrating the hell out of a legitimately new and different Hulk (who also goes by Cho, as a matter of fact) in Totally Awesome Hulk; and Charles Soule and Ron Garney bring Daredevil back to the grim and gritty world of Hell’s Kitchen while also bringing Matt Murdock back to the bench, this time as a prosecutor.

Having Hulk be an incorrigible “ladies man” is pretty funny to me. Obviously things aren’t going to stay good for Amadeus Cho. I say “obviously” because there was that one page, where Cho was dreaming he was driving, but Hulk was poking outta the trunk. Awesome work, Pak & Cho. Hulk’s never been of huge appeal to me, but I think it’s an interesting curse, to have young super geniuses turn Hulk. I don’t know, it has sexy ladies and giant monsters, it’s kind of hard for me not to be down. They should give Cho a man-bun. Hulk need man-bun! – RF