Comic book award season is upon us, and before this year’s Eisner Winners are announced in San Diego, it felt like a good time to reflect upon some of my favorite releases thus far in 2016. Outside of the conversations we’ve had regarding Marvel’s All-New All-Different initiative, and DC’s recent Rebirth, the funnybook-obsessed Idlers hadn’t really discussed everything else we’d been digging until just recently.

Nice to see we’re all on the same page regarding Vaughan & Chiang’s Paper Girls (although, personally, I’m rooting for Zander Cannon’s Kaijumax in the Best New Series category). We all snatched up Clowes’s Patience as soon as it came out. We all agree that Jason Aaron can’t possibly script enough books. Beyond that, here are five other highlights from the midpoint of the year. 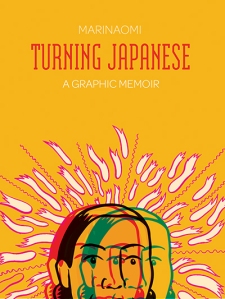 MariNaomi’s follow-up to 2014’s Dragon’s Breath is every bit as moving and personal as that collection of autobiographical comics, but with a more singular narrative focus. She recounts the exploration of her Japanese heritage, primarily following a move from San Francisco to San Jose in the 90’s, and a subsequent gig at one of that town’s underground Japanese hostess bars. She sets about learning Japanese, with a curriculum rooted in one of the most improbable and hilarious settings one can imagine. From there, it’s a year spent in Japan, more fully immersing herself in the culture and reconnecting with her family.

I’ve always been very interested in the notion of “home,” particularly as modern generations exhibit an increasingly restless disconnect with what defines that home, both physically and culturally. Similar to MariNaomi’s experience with the Japanese language, I didn’t learn Italian until later in life (although, unlike her situation, it was due to my own stubbornness – my folks tried like hell to teach me when I was a kid), and extended visits to Italy always filled me with an odd mix of pride and alienation. Her novel isn’t just a beautiful, often funny, poignant memoir of her own cultural affirmations; MariNaomi’s Turning Japanese is a tour guide for all of us wandering souls who haven’t given up on finding home, or reconnecting with some aspect of ourselves.

Darwyn Cooke passed away earlier this year, and the comics community lost a true modern master. This four-issue series, a collaboration with Gilbert Hernandez, is a haunting little tale that takes place – as all good magical realist stories should – in a Latin American fishing village. Mix in three intrepid kids, a mysterious glowing white ball on the coast, an alien woman, and clandestine government operatives, and you have a mystery worthy of Cooke’s signature artistic style. 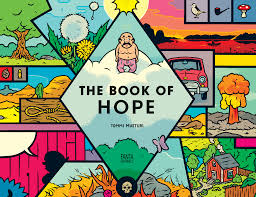 At first glance, the title of Finnish cartoonist Tommi Musturi’s graphic novel, a collection of the individual Books of Hope he has published over the last several years, would seem to be an ironic preface to another sad-bastard moperock of a story. Nobody mines the depths of depression and loneliness like a comic book creator, it seems, as everyone from Chris Ware to Daniel Clowes has turned despair into modern graphic masterpieces. This story, centered around a retired couple living in the Finnish countryside, finds genuine peace, love, and, of course, hope, in what masquerades as the everyday mundane. 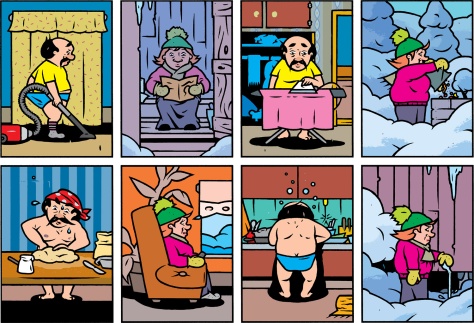 There’s a marvelous twist on “Walter Mitty” as well, in which the walking daydreams of the husband’s life intermingle fondly with scrapbook-like remembrances of the couple’s time together. It’s a reminder that fantasy and hope are so wonderfully tied together in the tapestry of human experience.

Grant Morrison’s first crack at a solo Wonder Woman book, in this Earth One re-imagining, gives the author an opportunity to challenge our male-dominated pantheons of heroes, both in the modern world of superheroes, as well as the classic age of loincloths and lion manes. Yanick Paquette’s art has an incredibly luminescent quality that seems so vital these days, especially given the fact that so much of DC’s universe – both on page and on screen – seems to be thrown behind a filter of ominous darkness and gloom. 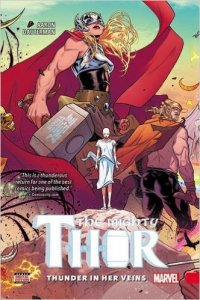 Thunder in Her Veins is the first collected edition of Aaron & Dauterman’s All-New All-Different relaunch of the “Lady Thor” series. Narrowly ahead of Slott & Allred’s Silver Surfer (up for several Eisners this weekend!), it’s my favorite capes-and-tights series on the stands right now. Jason Aaron’s War of the Realms is the best modern expansion of Nordic mythology since Walt Simonson, and Russell Dauterman is as adept at capturing the intensity of a Midgard-shattering frost giant battle as he is the draining anguish of a Jane Foster battling cancer.