I love seeing a superhero handle problems that don’t involve the imminent destruction of the planet/universe. In a time where is seems like the norm is turn every superhero into a god, it’s refreshing to see a series go “small.” Add in a big middle finger to the establishment, and I’m. – SS

I was a little skeptical going in, but the political background totally drew me in. I love how the wonder of the super hero world is being weighed down by bureaucracy. Marvel has steered towards social commentary ever since Civil War, and I suppose Captain America is the bearer of those fruits. When those kids recognize Sam Wilson on the plane, they don’t make one wisecrack about him being the Falcon, but immediately recognize him as Captain America. It feels like this is Marvel’s first Black president. It’s interesting that some of the most persistent problems in this book will be navigating the figurative and literal American landscape. Also that joke about the minivan was great. “Pernicious stereotype…” – RF 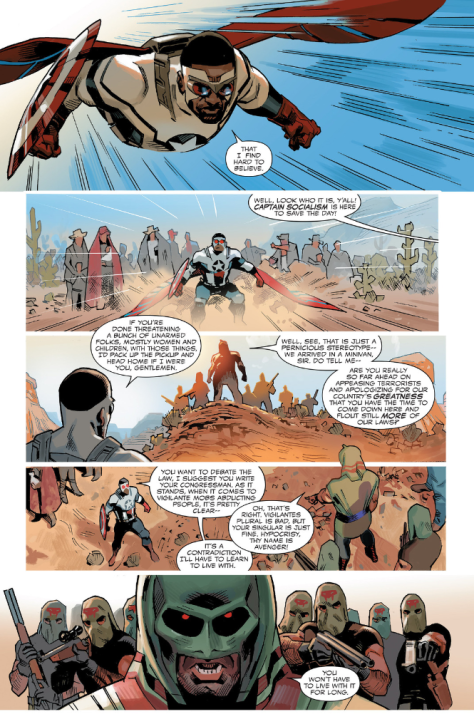 Acuña is a beast. Cannot get enough his art and I actually dig the vibe of this story. The supporting cast is great and I like the idea of a small scale Cap trying to help the people. Would definitely read more – BC